Nicosia’s rich historical and cultural history is depicted in a large number of museums, art galleries, and cultural landmarks spread throughout the city. Nicosia is, unfortunately, the last divided capital of Europe, and it is home to beautifully adorned churches and many museums which are a testament to its centuries’ old traditions.Among them are: the Cyprus Archaeological…Museum, the A.G Leventis Gallery & Museum, the Byzantine Museum, the Ethnographic Museum, the Museum of the National Struggle, the State Gallery of Contemporary Art, and the House of Chatzigeorgakis Kornesios, amongst others. 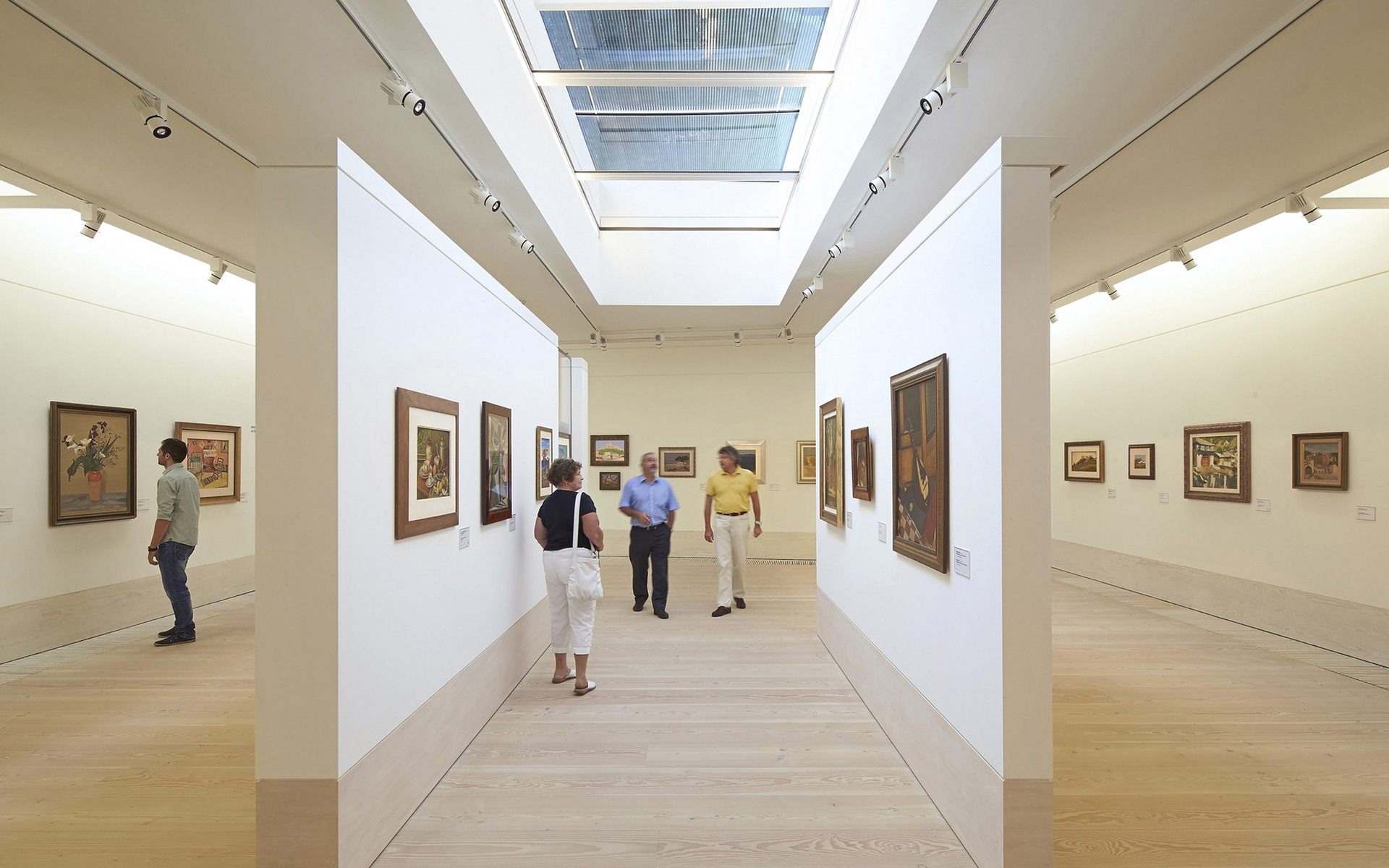 Anastasios G. Leventis from 1950 until the decade of 1970 collected and managed to create the current complete collection of European Art of the A.G.Leventis Foundation, known as ”The Paris Collection”. Thanks to the hard work of Mr. Leventis and the large part of his life spent in Paris, he collected an undisputable cultural wealth of artistic findings from many art movements. 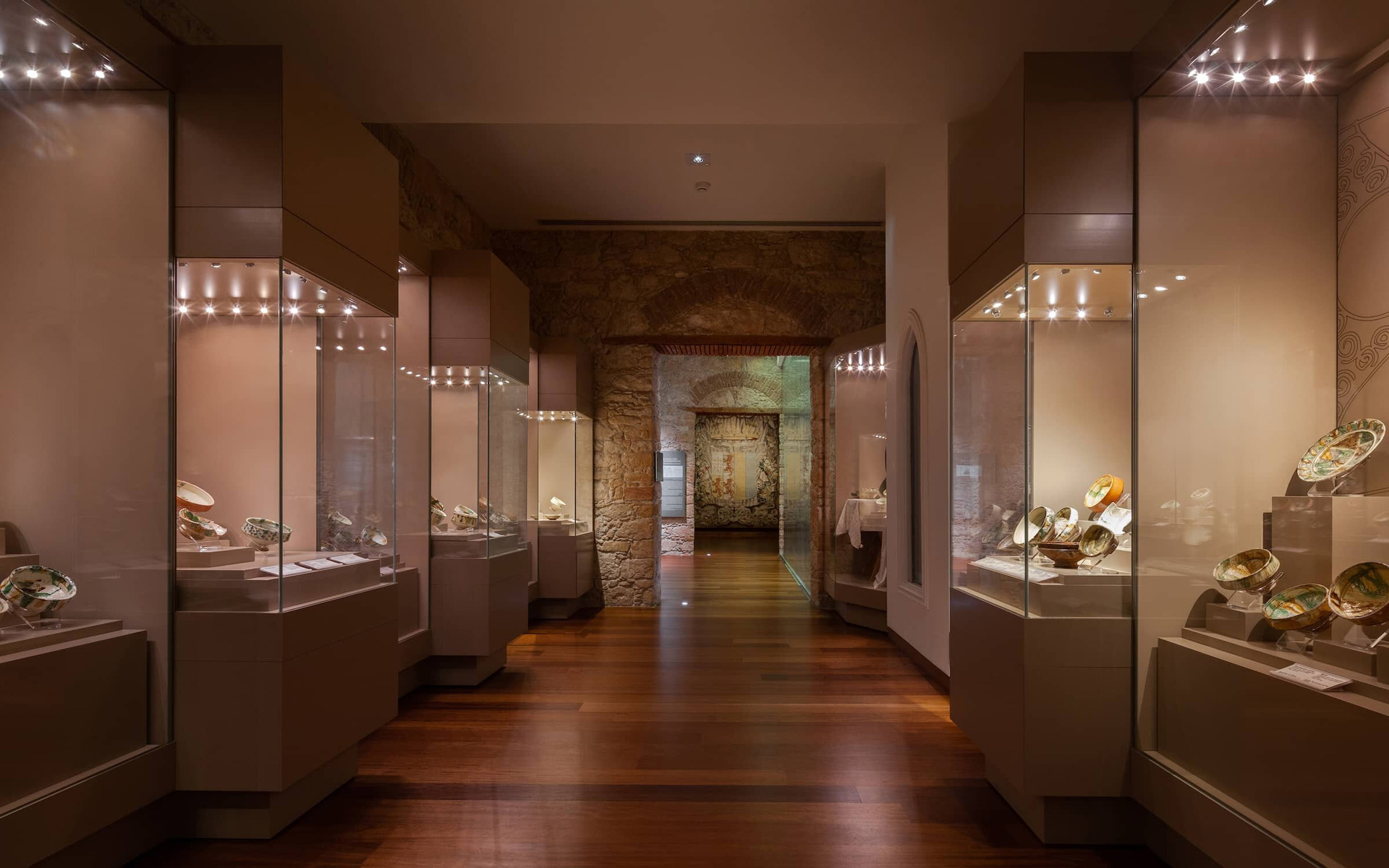 Leventis Municipal Museum in Nicosia brings to the surface the historic route of the capital city of Cyprus from the first ages of 3000 b.c. until today. The birth of the museum refers to 1984 after the decision of the Nicosia Mayor Mr. Demetriadi. Named after the donation of Mr. Leventi who invested and restored the building from its ashes and delivered it to the Municipal of Nicosia. 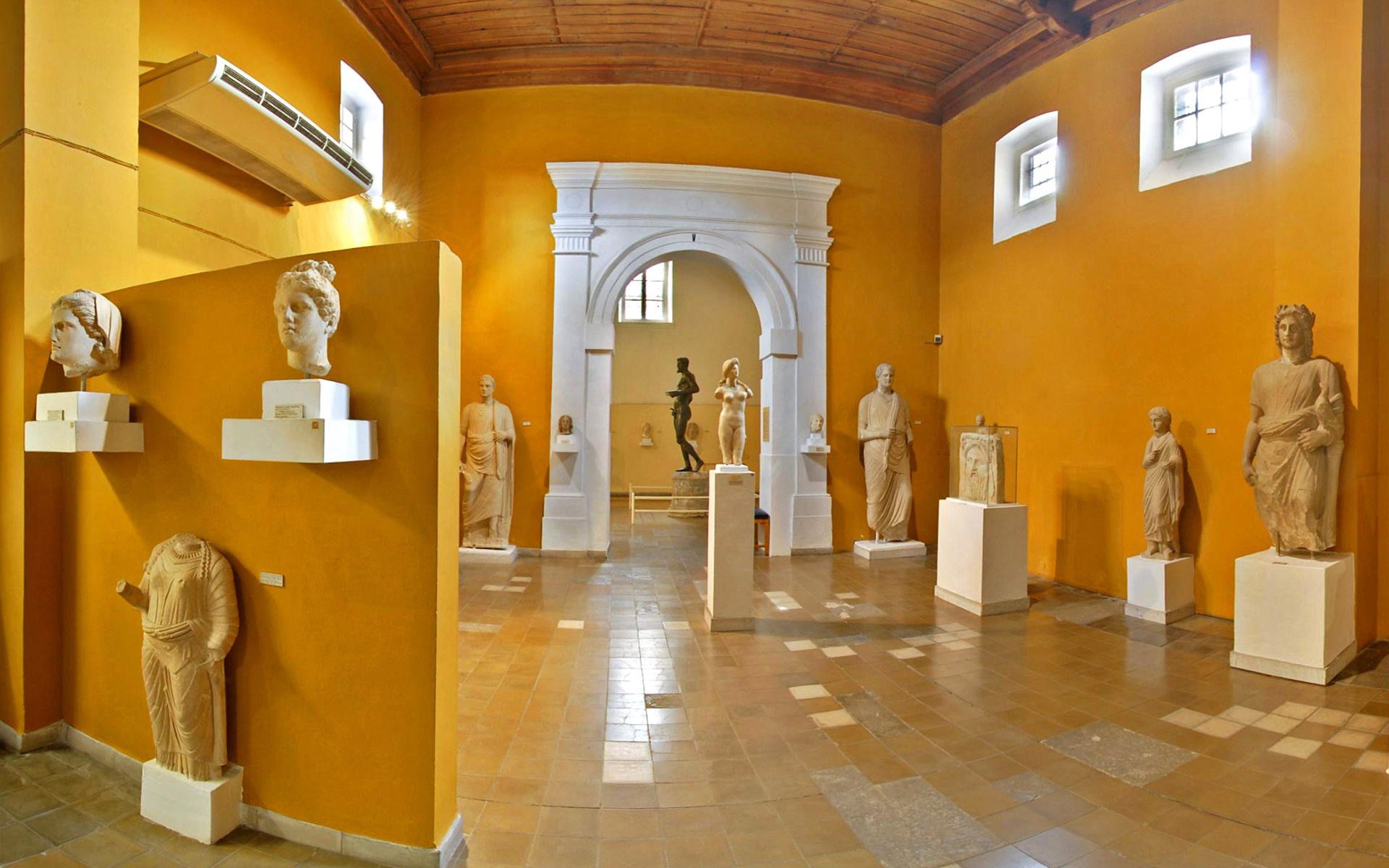 The Archeological Museum of Nicosia is one of the first museums to narrate the long-lasting cultural history of Cyprus. The continuous excavations emphasised the antiquity of the island with amazing exhibits which no one knew until today. 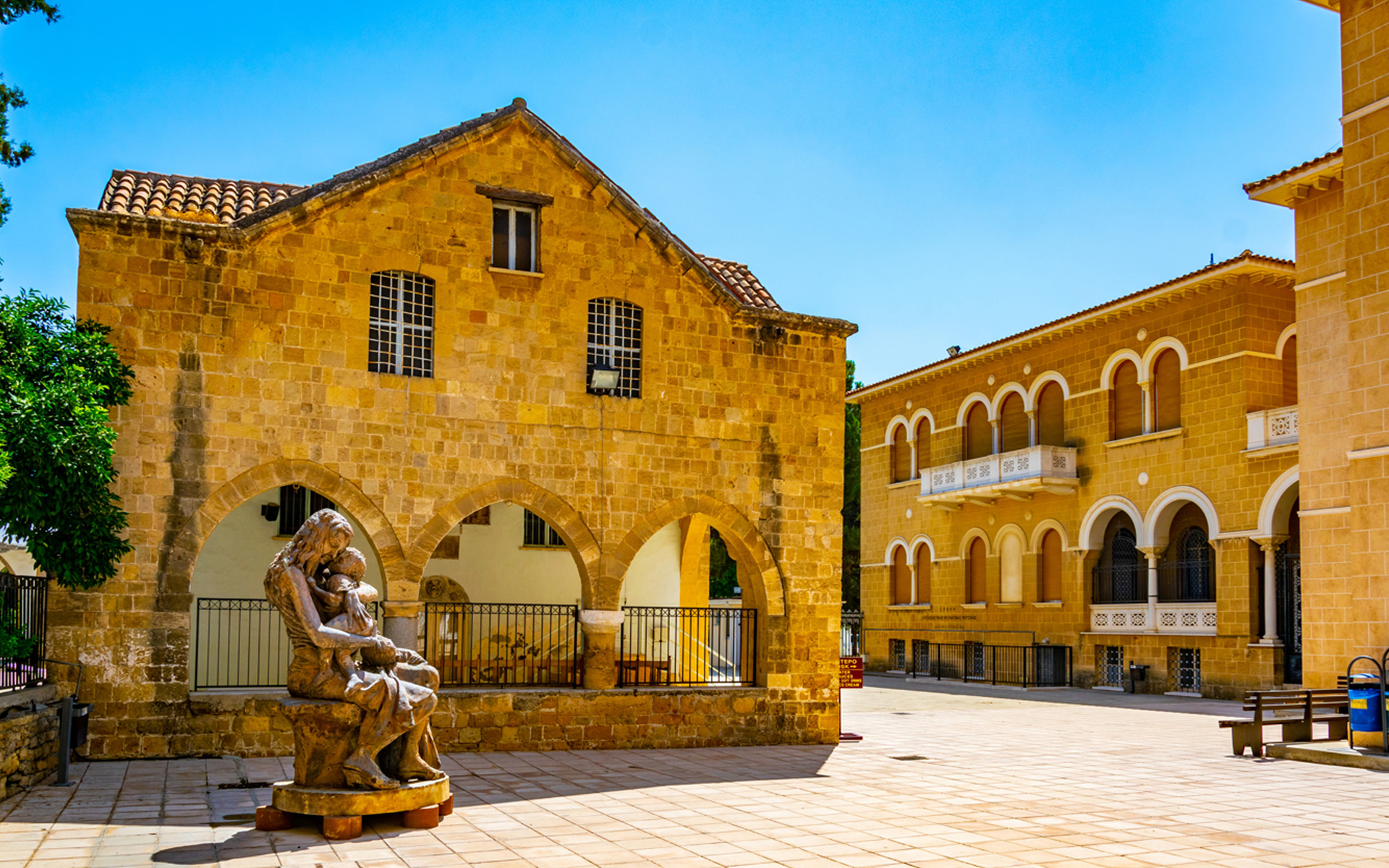 Nicosia Byzantine Museum inside the Venetian walls contains in its build the ultimate and possible the largest collection of byzantine art in Cyprus. There 230 icons of the 9th until the 19th century lay as well as many great findings e.g., books and utensils. 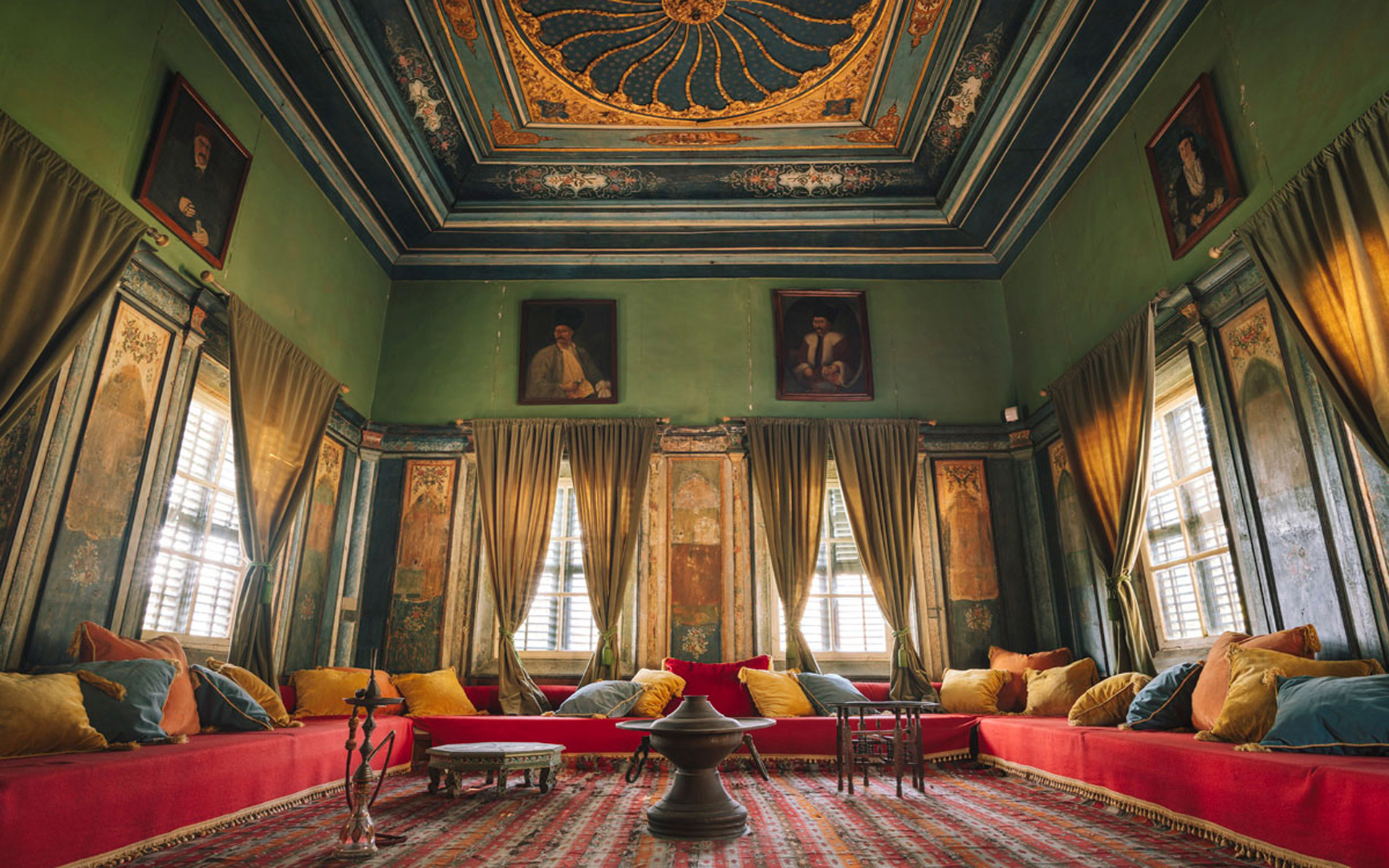 The home of Hadjigeorgakis Kornesios is located in Episkopi, near the settlement of Agios Antonios know historically as the region where the Greek kodjabashis lived. The residence of Kornesios is characterized as a exemplar of architecture of the urban Ottoman period, the positive was that it was saved through time and is located in Nicosia.

The Pancyprian Gymnasium of Nicosia set its foundation in 1812, during the Ottoman period under the supervision of the Archbishop Kyprianos. In its first stage it was named Greek School of Nicosia, however it later changed to the above name. It continues its operation to this day in the capital of Cyprus. 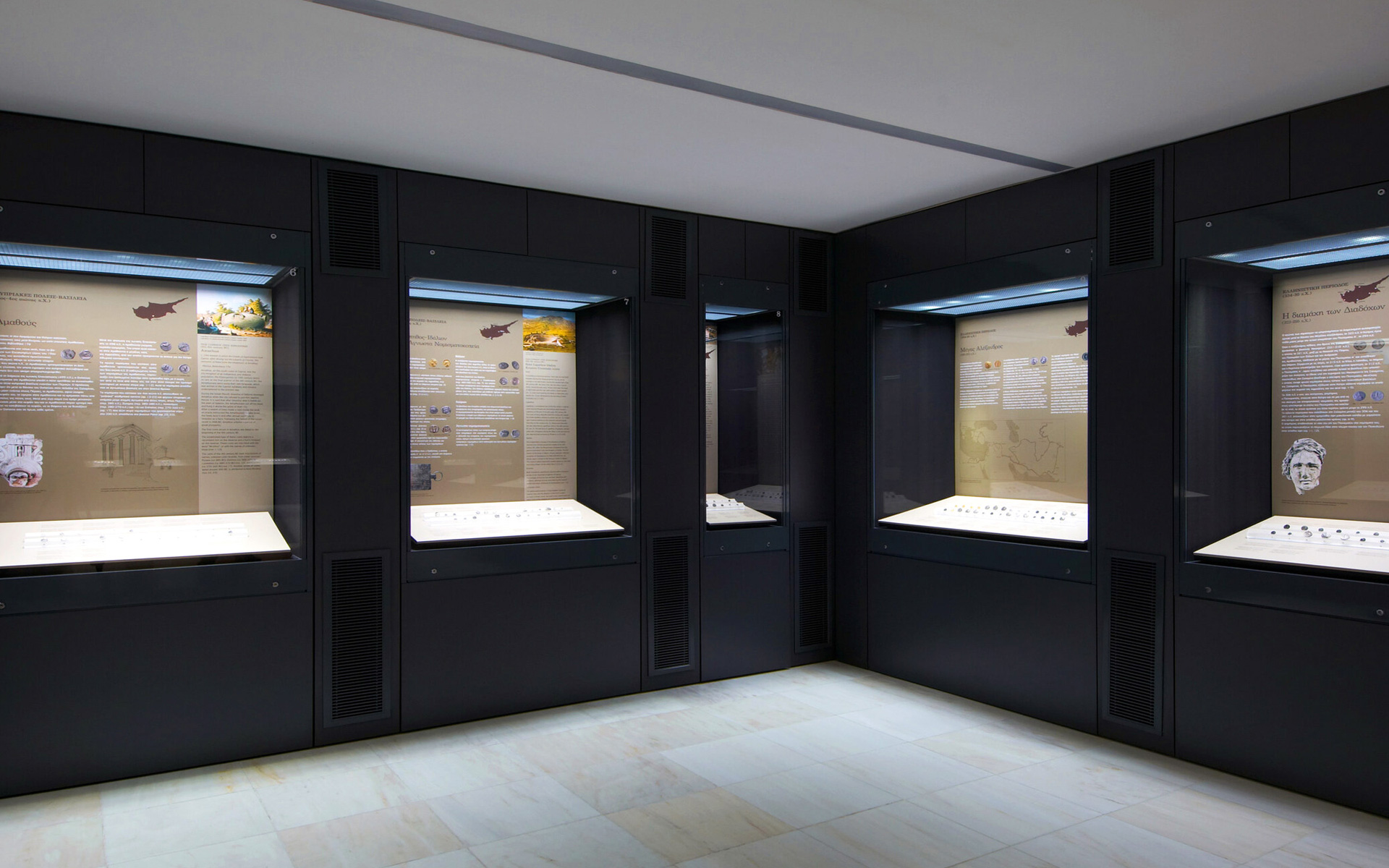 Museum of the History of Cypriot Coinage

The Museum was inaugurated in 1995, it is exclusively dedicated to the history of the coinage and its collection. The museum has in its possession 500 types of coins per chronological historic period of Cyprus. From coins cut by kings such as Evagoras and Alexander the Great up to the first official coin of the Cypriot pound. 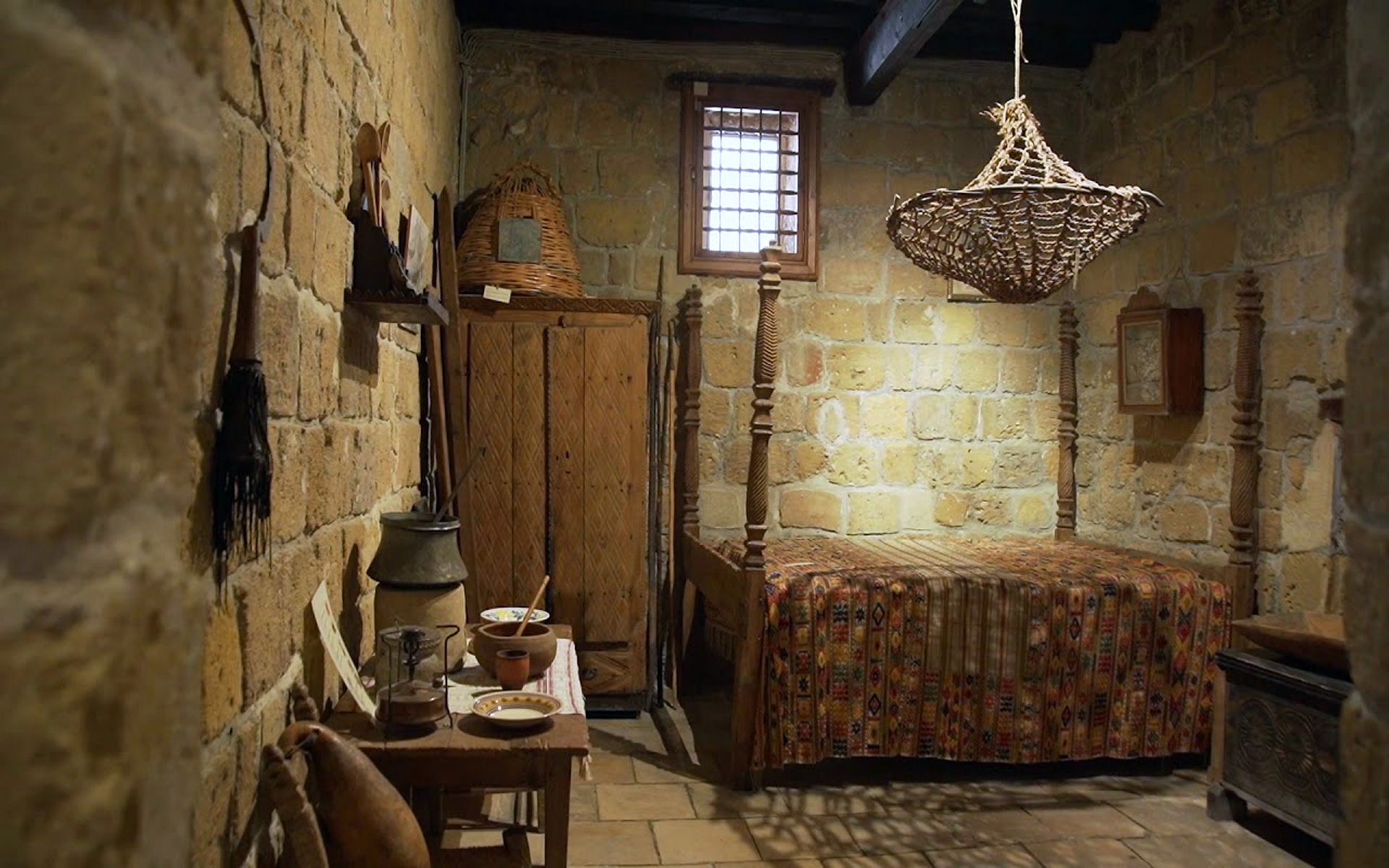 The Folk-Art Museum of Cyprus was inaugurated in 1937 from the Company of Cypriot Studies and is located in the old Archbishop’s Palace. The Museum is distinguished for its historic route of Archbishop Kyprianou as it is included in his report. Within the today Museum he was arrested by the Turks during the historic period of 1821. 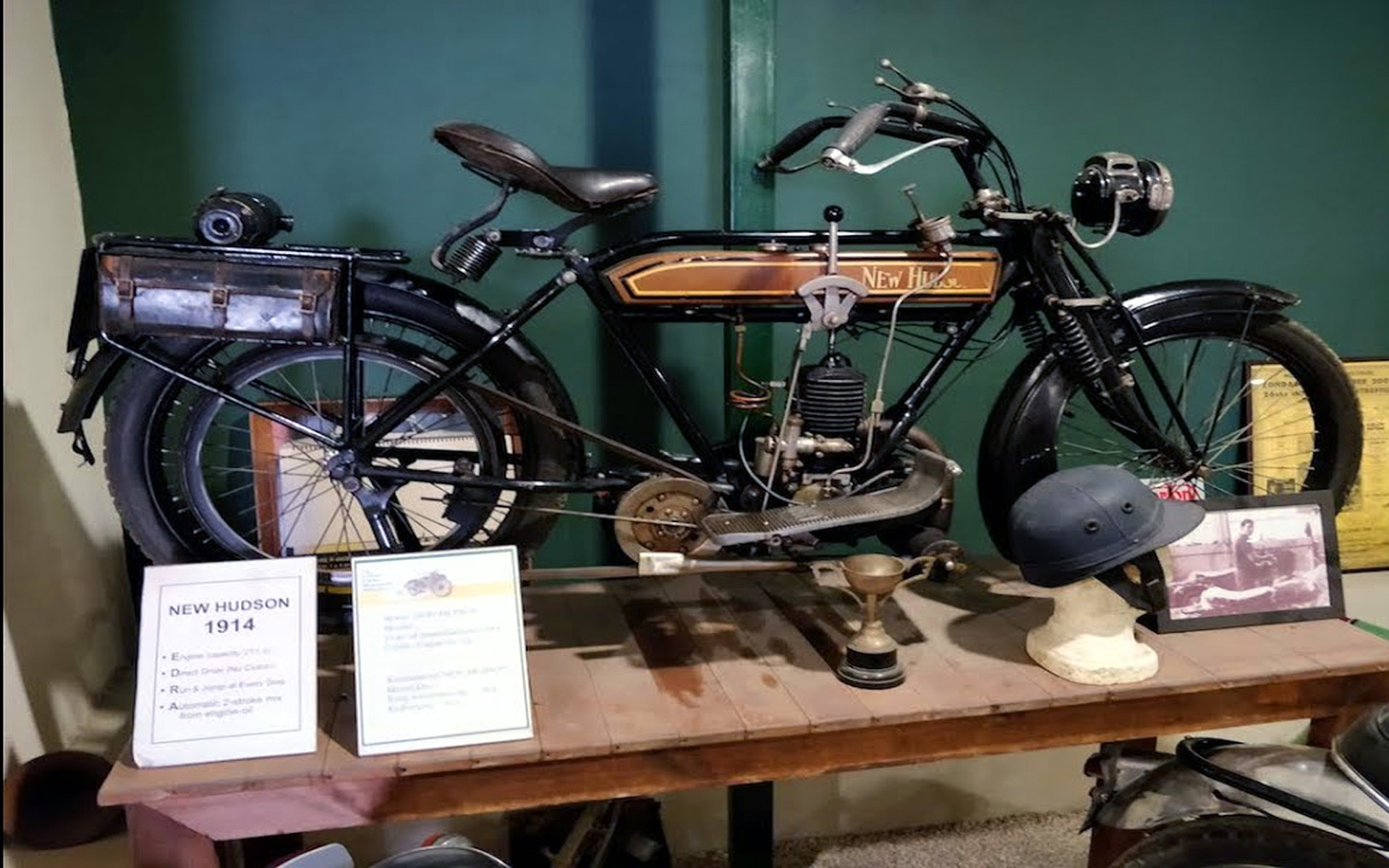 Mr. Andreas Nicolaou with hard work managed to found in 1980 the Museum of Classical Motorcycle of Cyprus. Inside there is a large collection of 350 motorcycles which begin from 1914. Some characteristic samples are BMW, JAMES, MOTO GUZZI and MV AQUSTA. 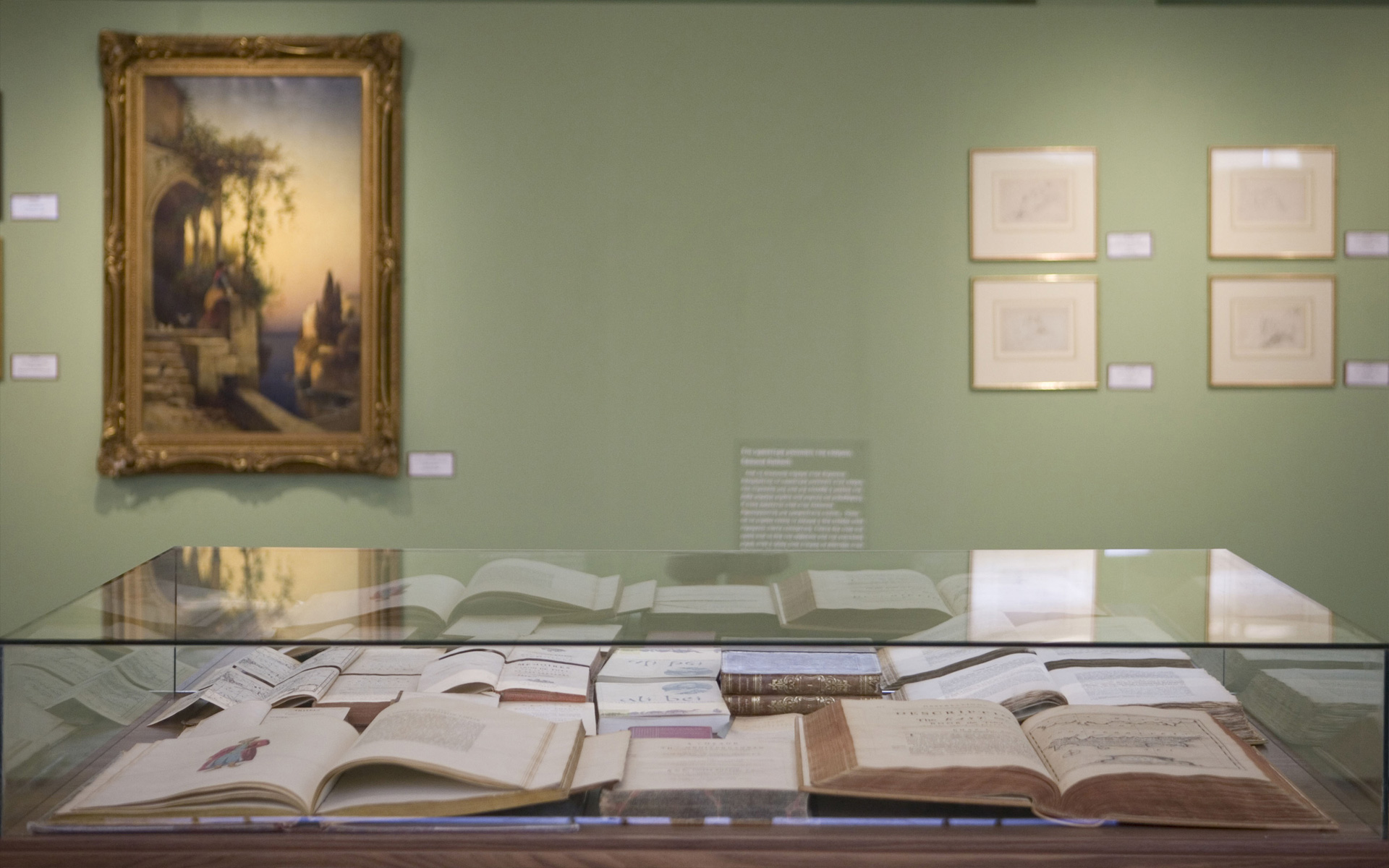 You will locate the Centre of Visual Arts and Research (CVAR) on Ermou street in the center of Nicosia withing the Venetian Wakks which was inaugurated in 2014. CVAR has exhibits such as collections of Severi which are collective pieces. 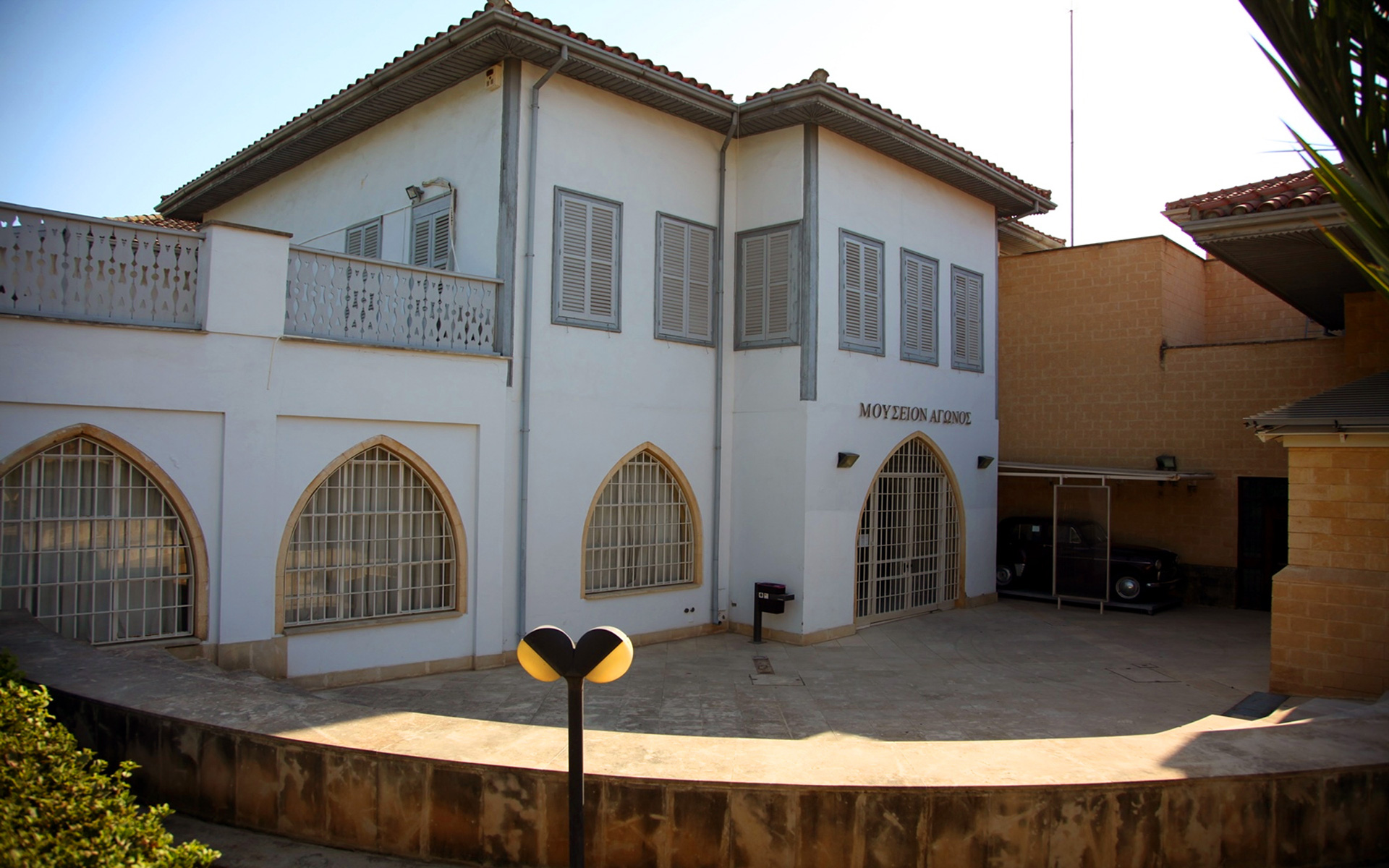 The National Struggle Museum EOKA 55-59 is found in the Archbishopric. Its possession contains a rich printed, photographic material and exhibits related to the British era. The Museum was built by the EOKA fighter Christodoulo Papacrysostomou. 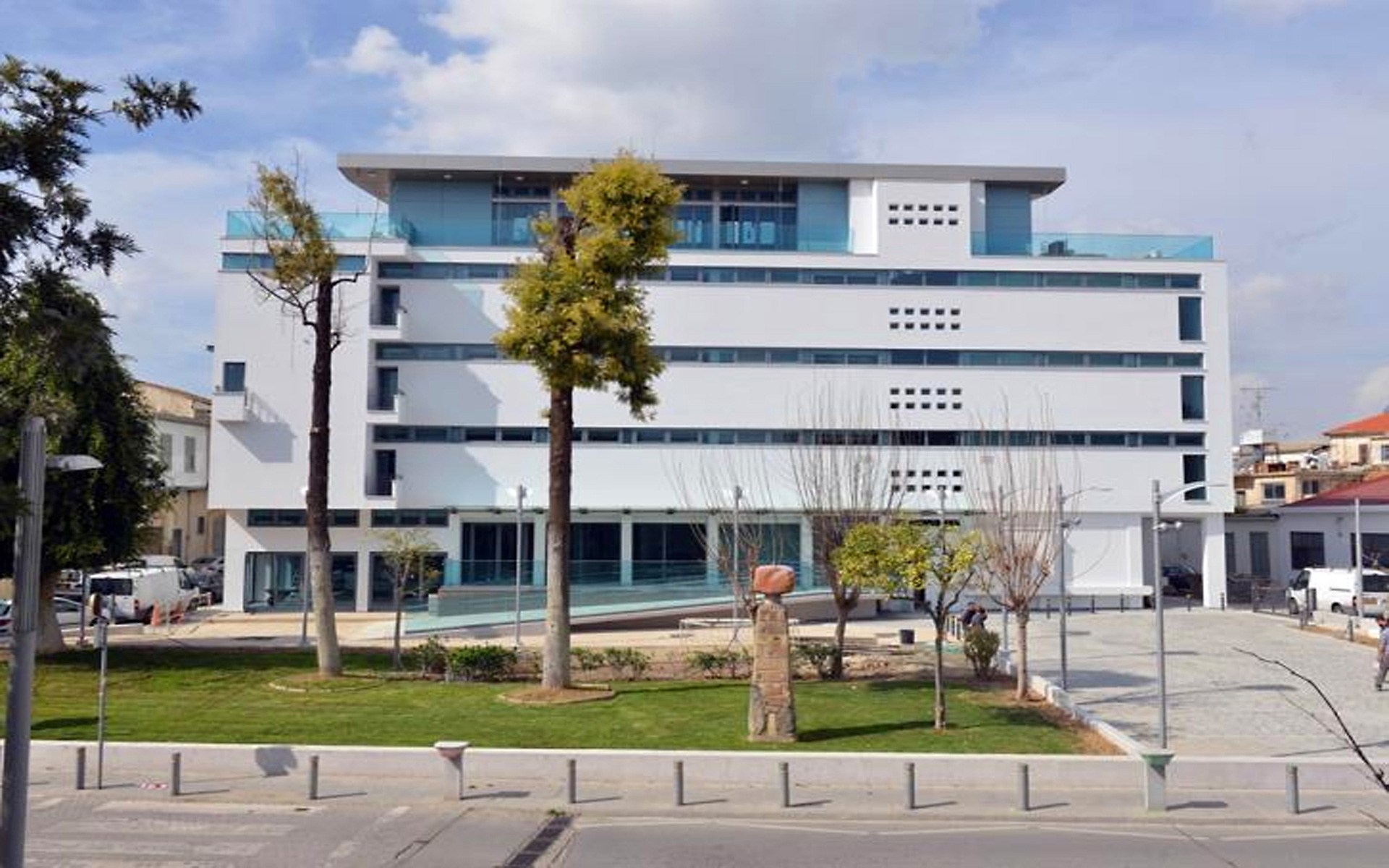 The Gallery of Contemporary Art is in an architectural residence in the capital of Cyprus. Within are hidden cultural treasures, collections of sculptures and paintings from Cypriot artists of the 19th and 20th century, who developed innovative and new techniques. 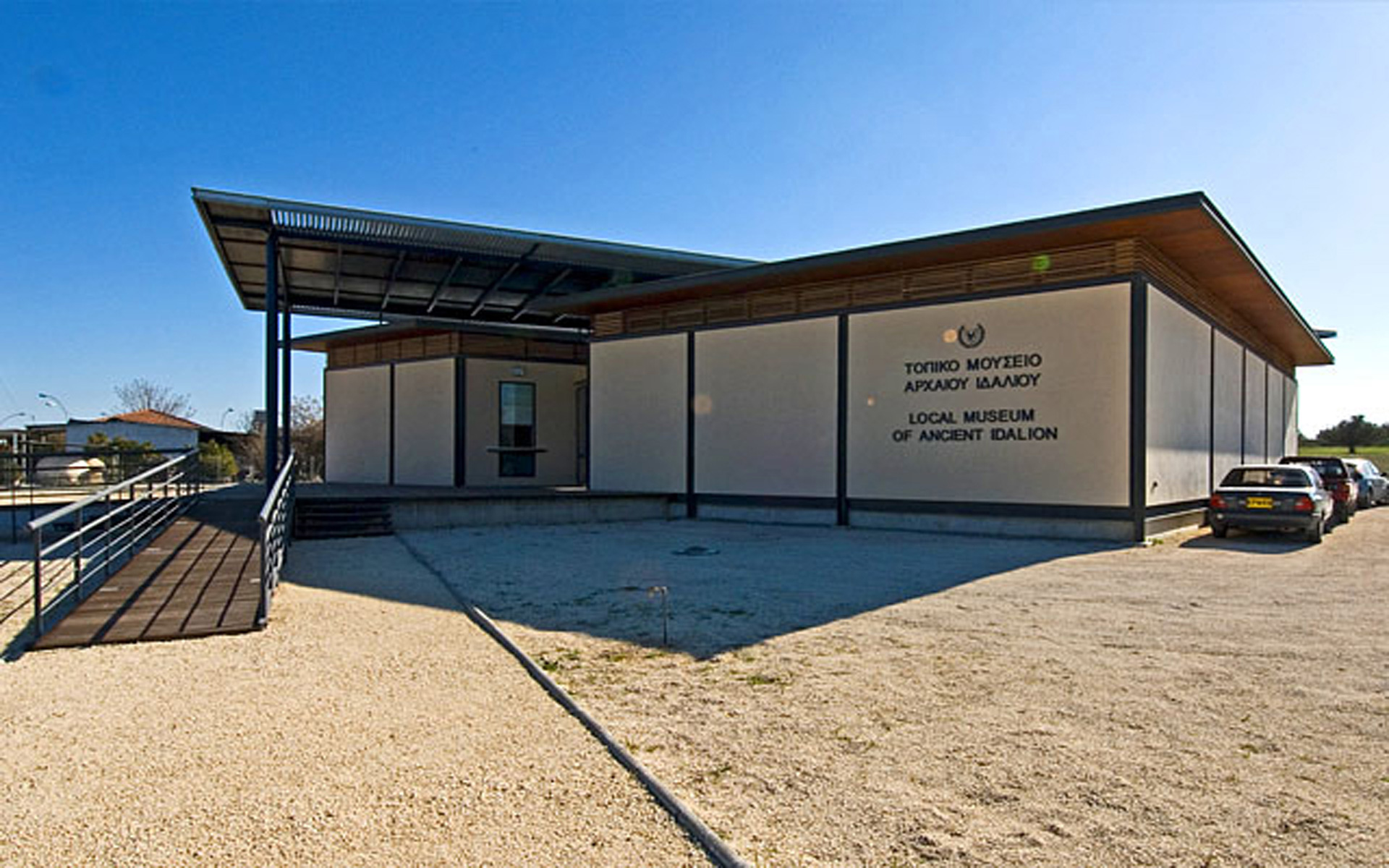 Idalion Museum was inaugurated in 2007 with an aim to highlight the cultural wealth of the village Idalion. Subsequently the archeological space was open for visitors. The specific space is considered one of the most important in Cyprus dies to its historic value. Many of the exhibits are located in museums abroad. 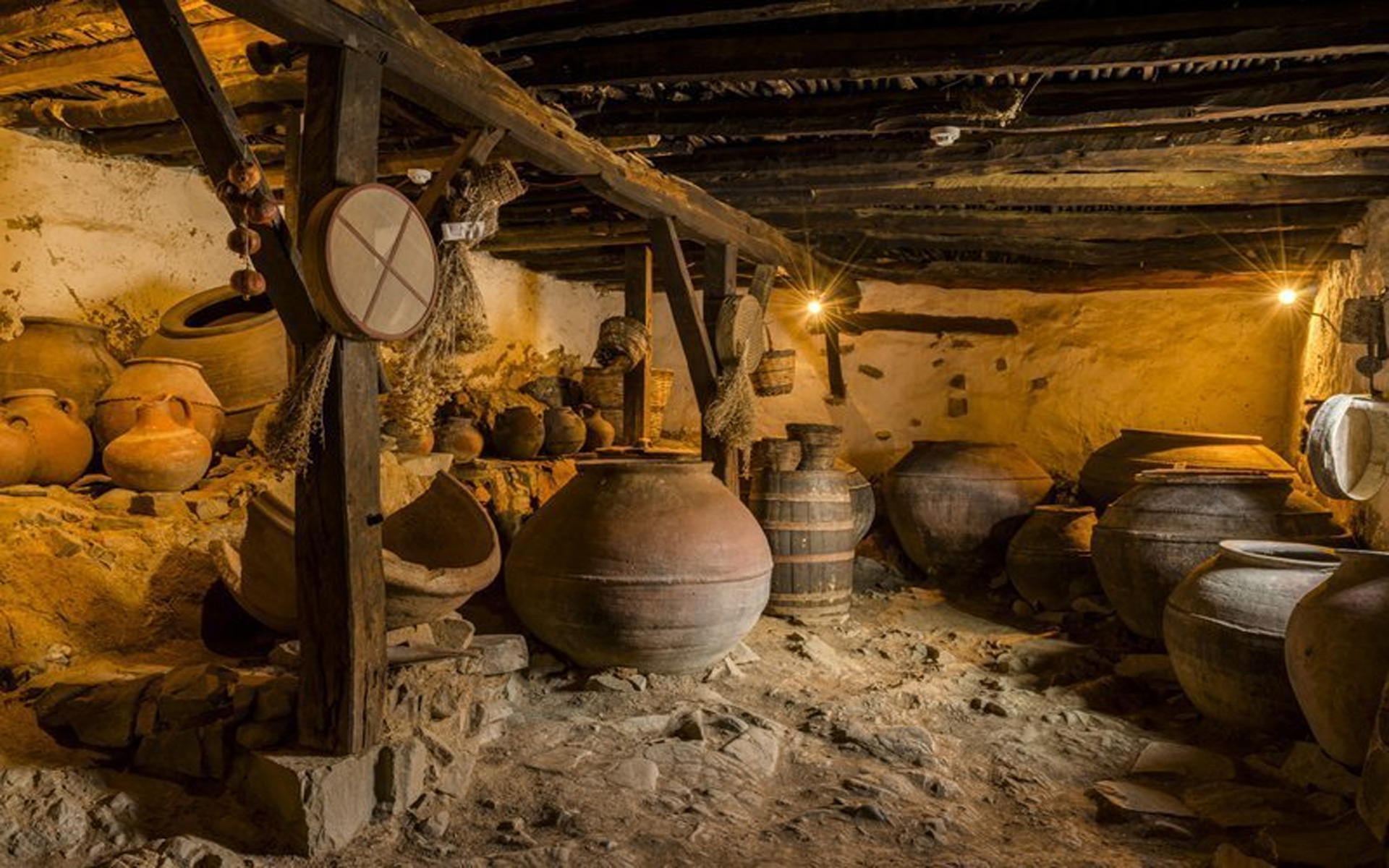 Fikardou is a village included in the cultural monuments and protected regions of Europe. The houses have an architecture of the 15th-17th century, during when they were built. The Museum is at a distance of 40 kilometers from Nicosia, some neighboring place you can combine with your visit to Fikardou is Troodos and Macheras Monastery. 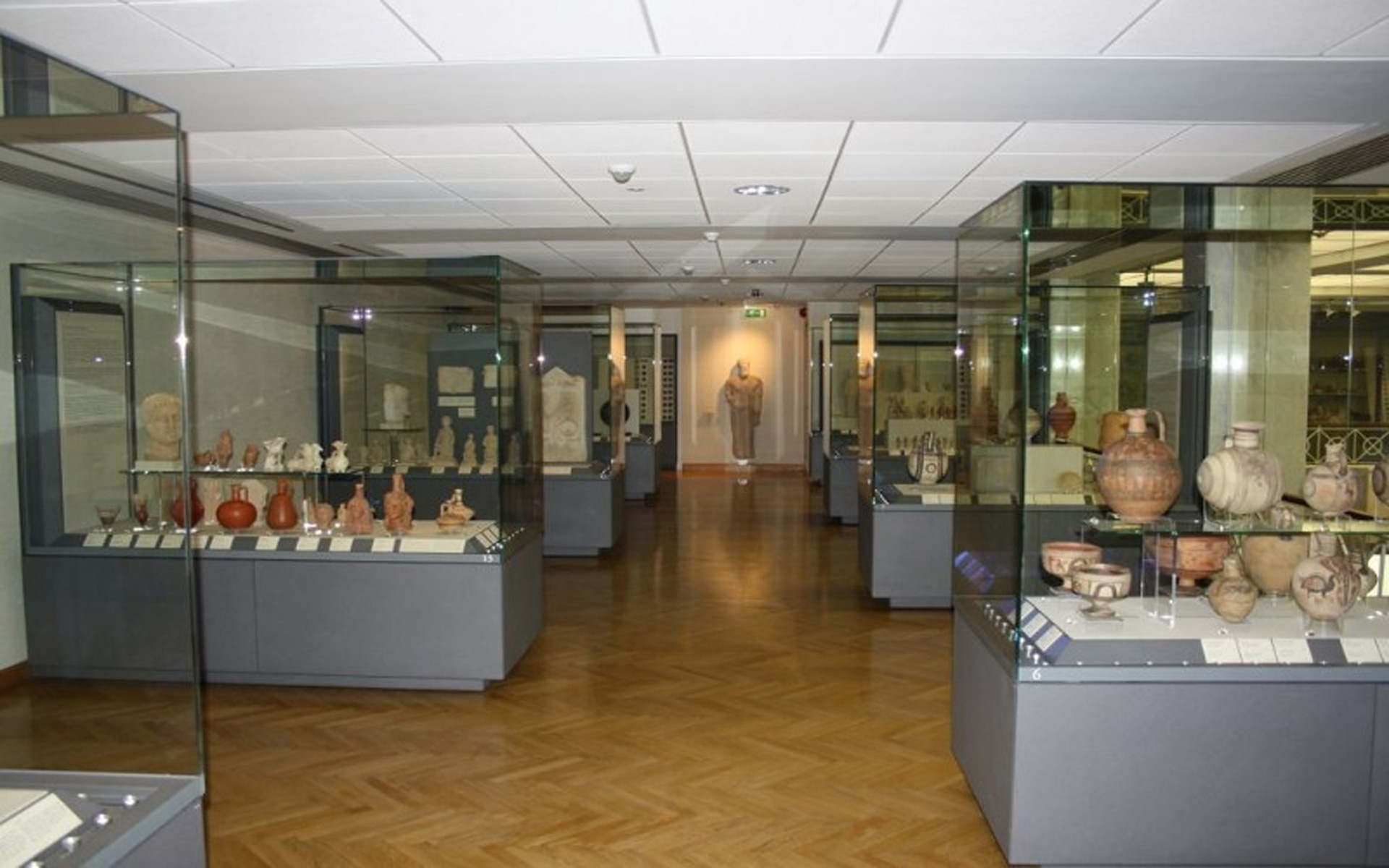 At the Cultural foundation of Cyprus in Nicosia there is the Giabra Pierides Museum which was inaugurated in 1999. The Museum contains a rare archaeological collection. In 2002 the first exhibition was implemented inspired by the Greek culture in Cypriot art. Extending over 600 items of archaeological range. Amongst them are Mycenaean pottery exhibits as well as wells which surprise with their archaeological durability, letter stamps and many innumerable findings worth for the visitor to see. Under the supervision of the Museum school events with and educational character are organised. 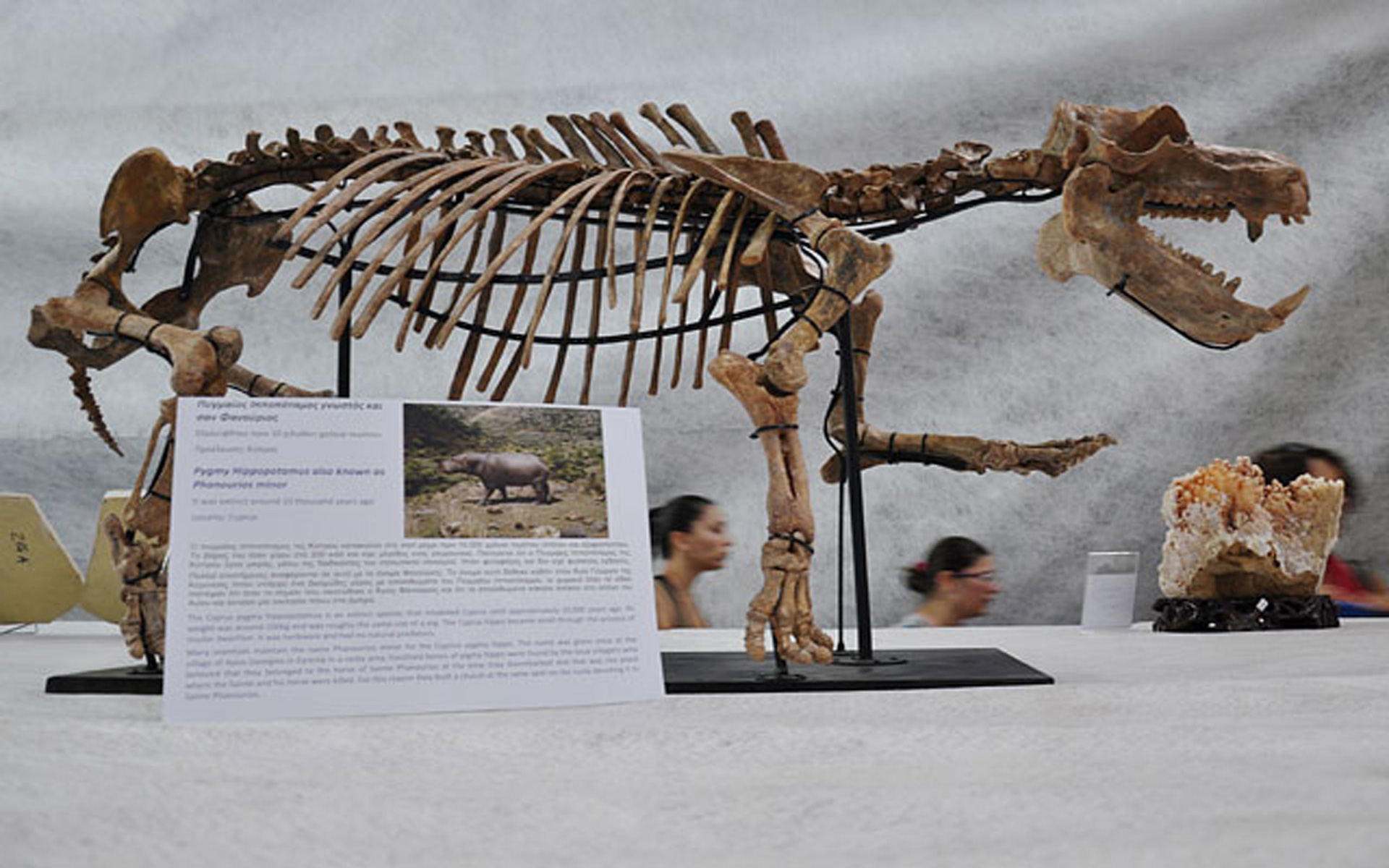 The Cyprus Museum of Natural History is an excellently structured museum. With modern architecture and with its findings taking you back in time rediscovering in this way the secrets of nature and Cypriot land. The Museum contains in its collection over 2500 discoveries, including precious stones and fossils. The Museum can contribute to the visitor a unique experience. The value of environmental consciousness, of history and the animals. A visit can transform into an awakening so that the climate change can be avoided and humans can take part in this mass change to protect the planet. 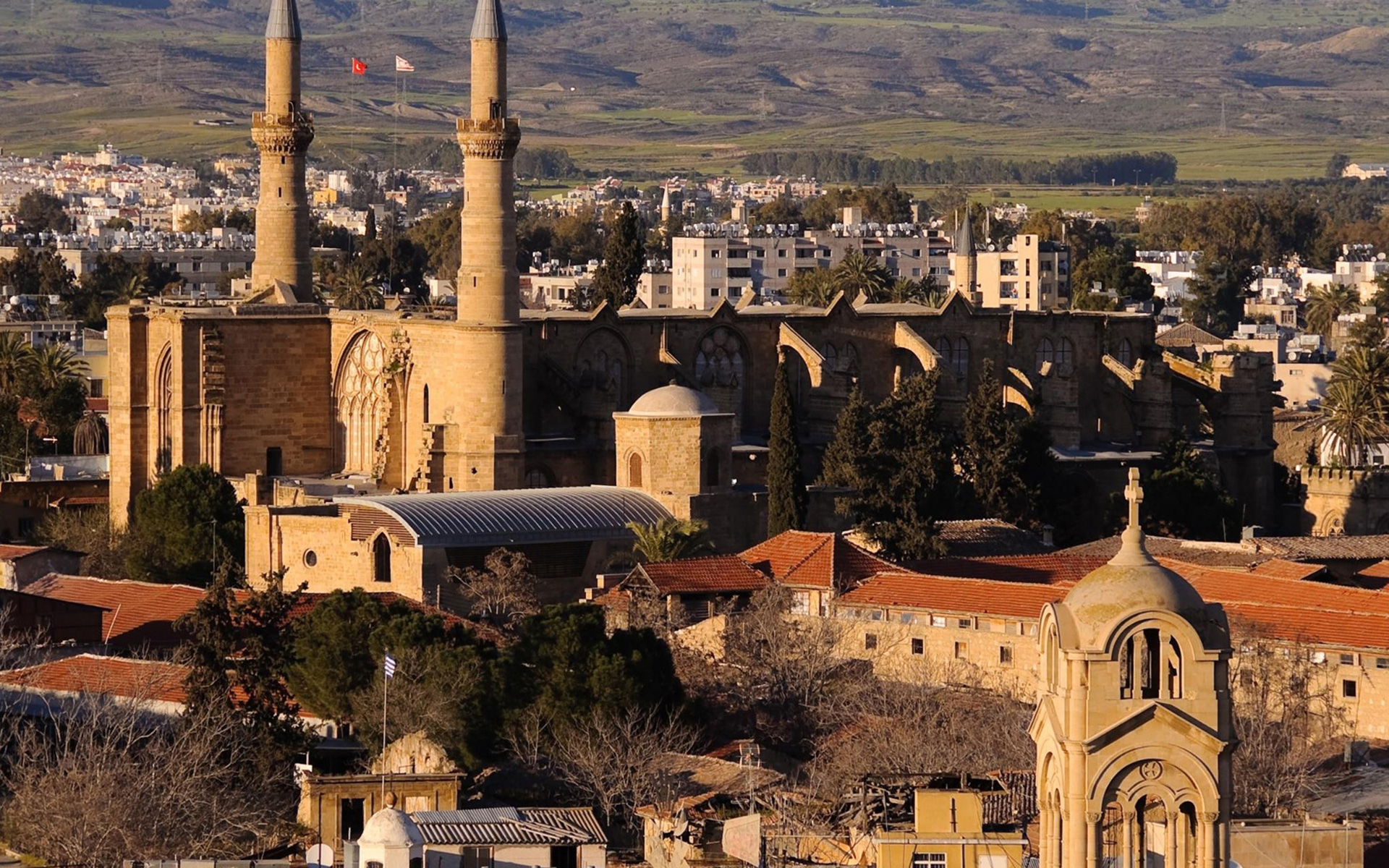 The Shakolas Tower Museum exudes a modern and notable view of the capital of Cyprus. On the 11th in cooperation with the Leventio Museum and the Woolworth Group it offers a photograph exhibition, voice material in many languages and telescopes.