Written by Vartholomaios on 02/09/2022. Posted in Uncategorized. 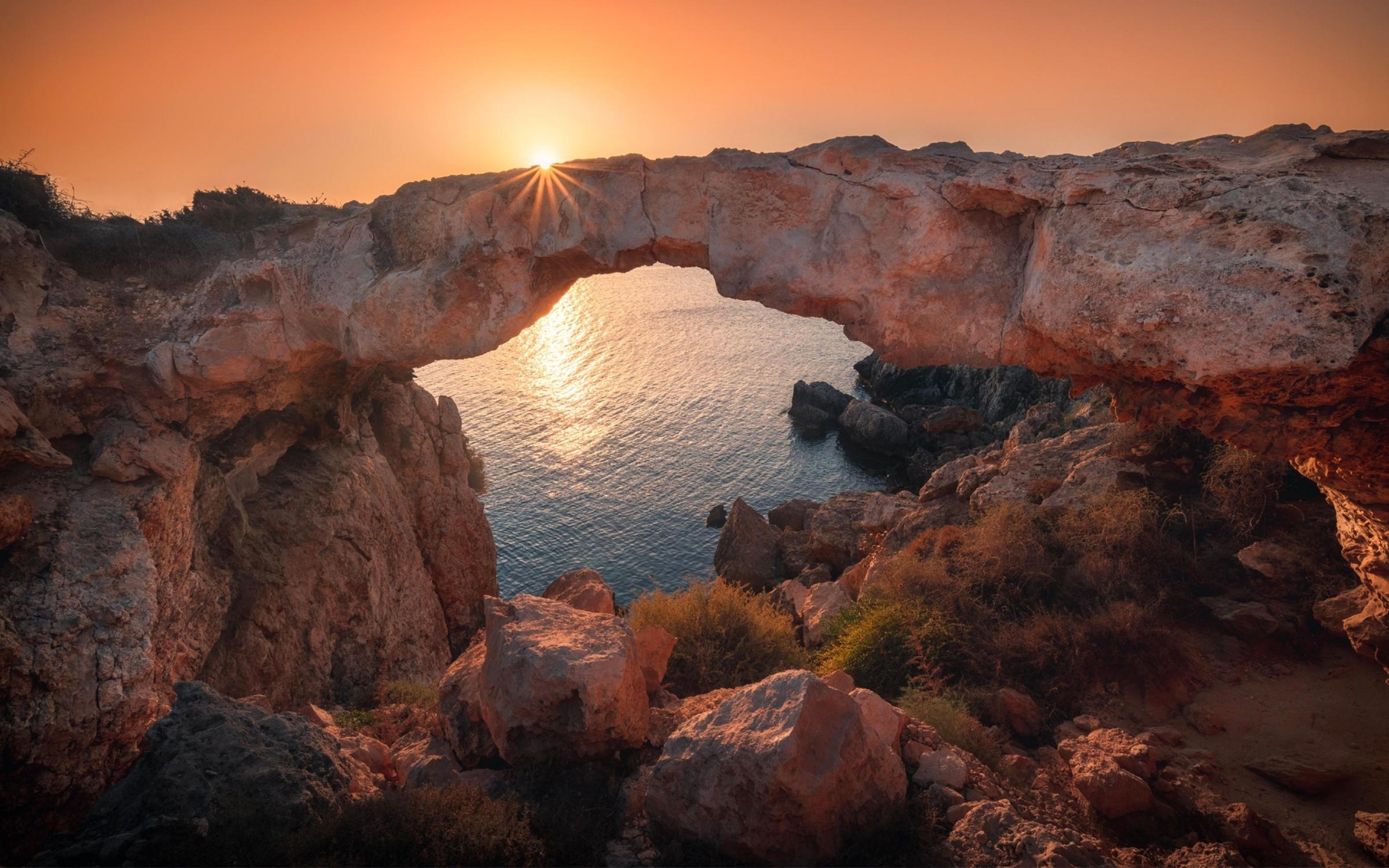 Written by Vartholomaios on 27/02/2015. Posted in Blog, Uncategorized.


Carnival was being celebrated in ancient Greece. Celebrations were being organized in honor of god Dionissos. Ancient Greeks got dressed in various costumes, wore masks and had fun in feasts for days. Cypriots kept this custom. The origin of Carnival traces back to the very past and is closely linked with the history of the Greeks.It seems that it is a festivity related to classical antiquity: the Dionysian festivals called “Dionysian”, during which a contest was taking place amongst three great tragedians of ancient Greece: Aeschylus, Euripides and Sophocles, three dramatists of our history.
…Carnival in Cyprus was associated with the beginning of the fasting of Easter. Carnival was called “Apokries” which means in Greek “without meat”. It was celebrated with feasts and traditional games. In addition, people got dressed in costumes and wore masks in order to scare others.

Just like many other festivities and cultural traditions, Cypriot carnival celebrations actually date back to the beginning of the last century, when homes in Limassol opened their doors and welcomed round friends and family for a feast of food and wine. Limassol holds the largest annual carnival in the island of Cyprus. The Limassol Carnival is an important institution: a tradition for the Limassolians, which remains alive and will survive throughout times.

The Limassol Carnival is however a feast that all of us expect to enjoy impatiently and willingly. It was celebrated in an organized way since the past, when groups of merrymakers from all the social strata of the city organized in their houses meetings and organized parades using donkeys, carriages, broughams and bikes. People of that area felt a vast satisfaction watching their fellow citizens disguised satirizing situations, persons and various things directly or indirectly linked with everyday life and the reality of their times.

Carnival is celebrated in towns all over Cyprus, but especially in the city of Limassol. In our days carnival events start on the “Shrove Thursday” (the last of eating meat) with the Carnival King entering the town in a festive atmosphere. Then follows, the children’s parade, the various Serenades’ shows and finally the Grand Carnival Parade which takes place on the last Sunday of the Carnival festivities.

Many people in fancy dresses participate to enjoy a special razzledazzle. Special consideration has been given to the decoration of the town. All the places where festivities are planned, as well as the central key points of the town, are decorated in an as ingenious way as possible.

Parties are held and people gather to feast, sing satirical songs and play games. The last Sunday of the “Cheese Week” is the highlight of the Carnival. This is when the Grand Carnival Parade takes place on the last “Green Monday ” or the first day of lent.

Colourful floats and groups of people, singing and dancing, parades in the main roads of Limassol create a truly festive atmosphere. The open-air celebrations and feasting take place throughout Cypriot towns but the Grand Parade in Limassol is the peak focus of the Carnival. During the Carnival parade large crowds from all over the island gather to watch the floats accompanied by the serenades and amazing costumed groups. 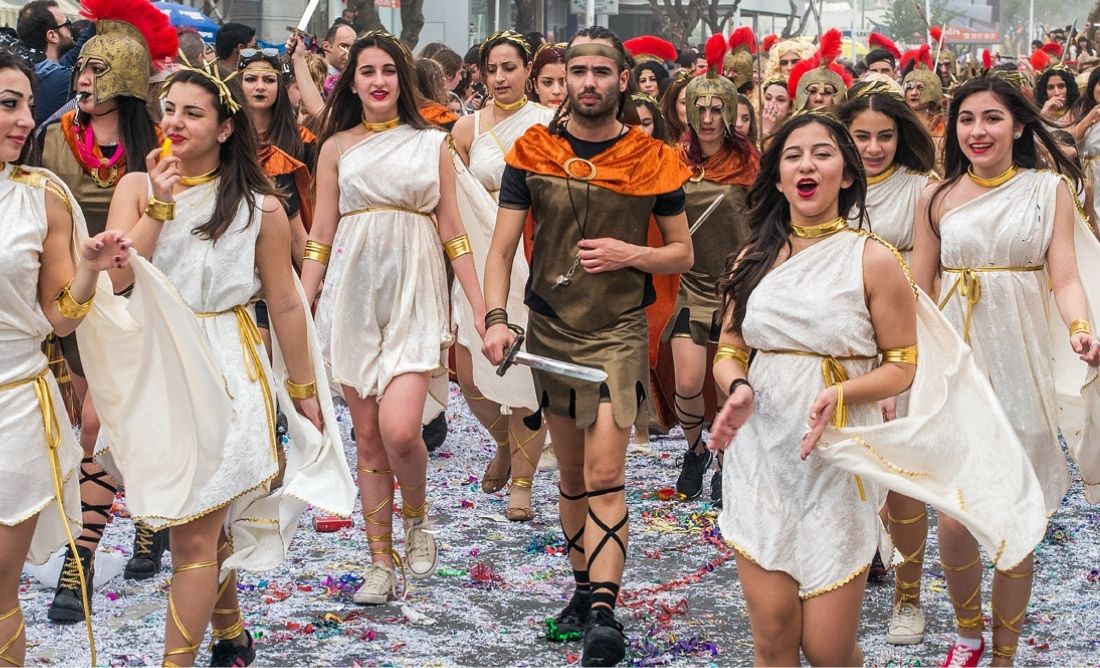 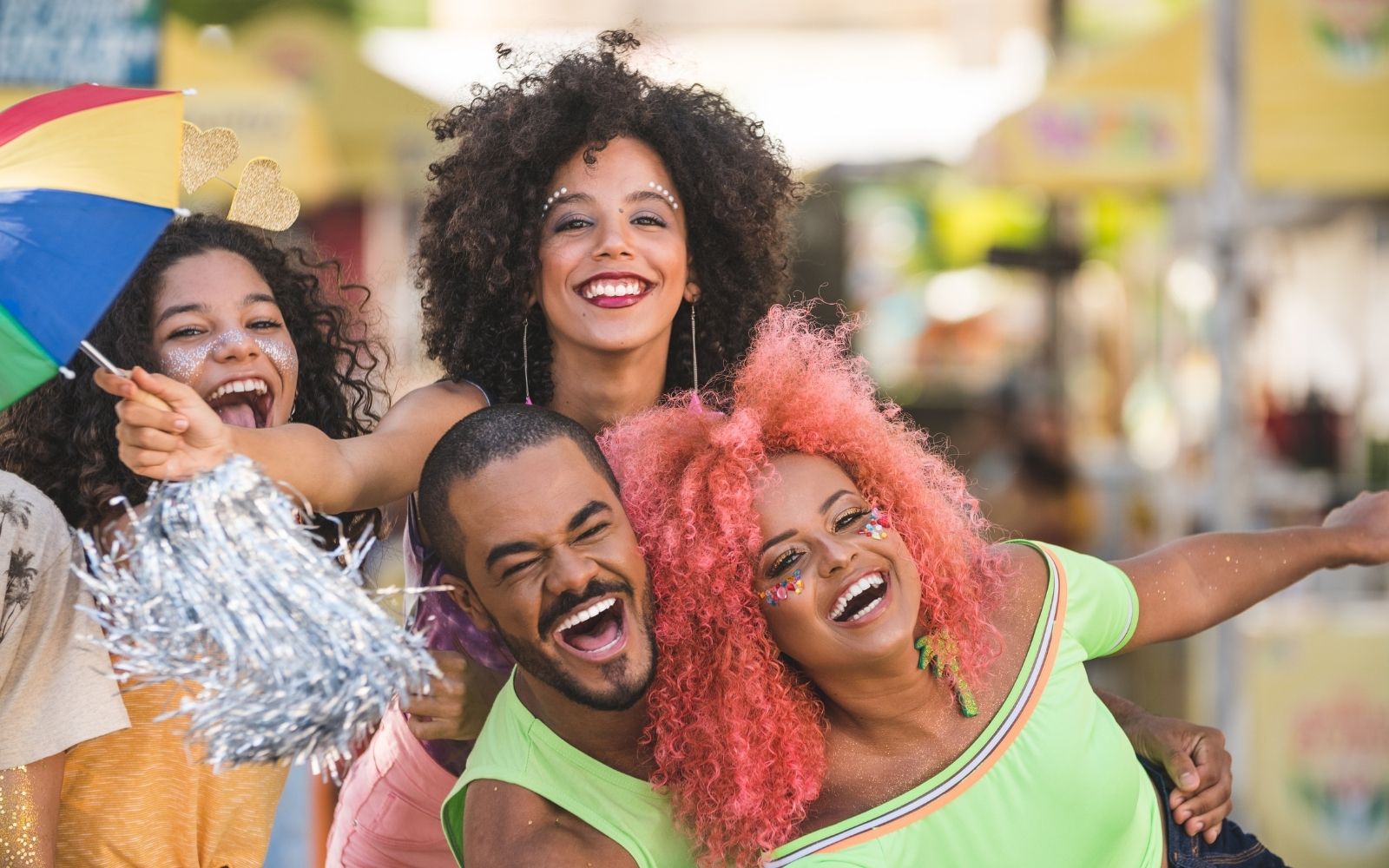 12.30p.m.
The “Limassol Serenaders” will be singing at Saripolou Square.

12.30p.m.
The “Limassol Serenaders” will be singing at Saripolou Square.

5.00p.m. | GRIGORIS AFXENTIOU SQUARE
The Grigoris Afxentiou Square (in front of the District Office) comes alive and lures us into the Carnival rhythms. The party continues with the “Latino Touch” group and the Batukinio percussion instruments group that will take us away to the rhythm of latin and salsa.

5.45p.m. | TOWN HALL
The Limassol Municipality and the Limassol Union of Self-Educated Painters co-organise an exhibition titled “Carnival 2019”. With the participation of the Kato Polemidia Municipality Choir and Children’s Choir. 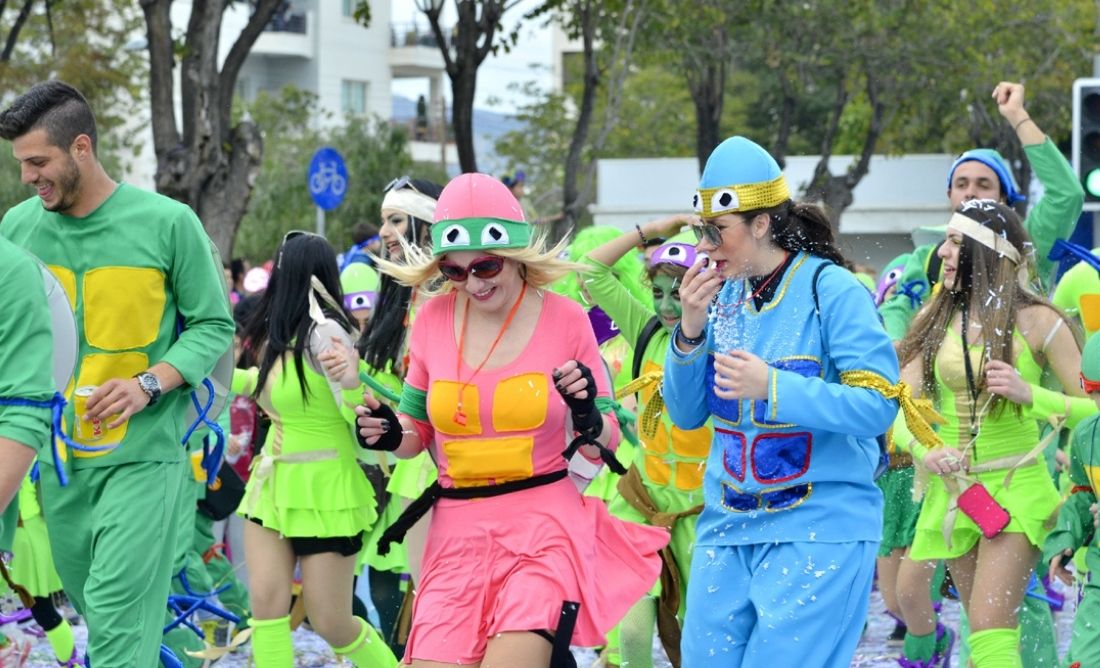 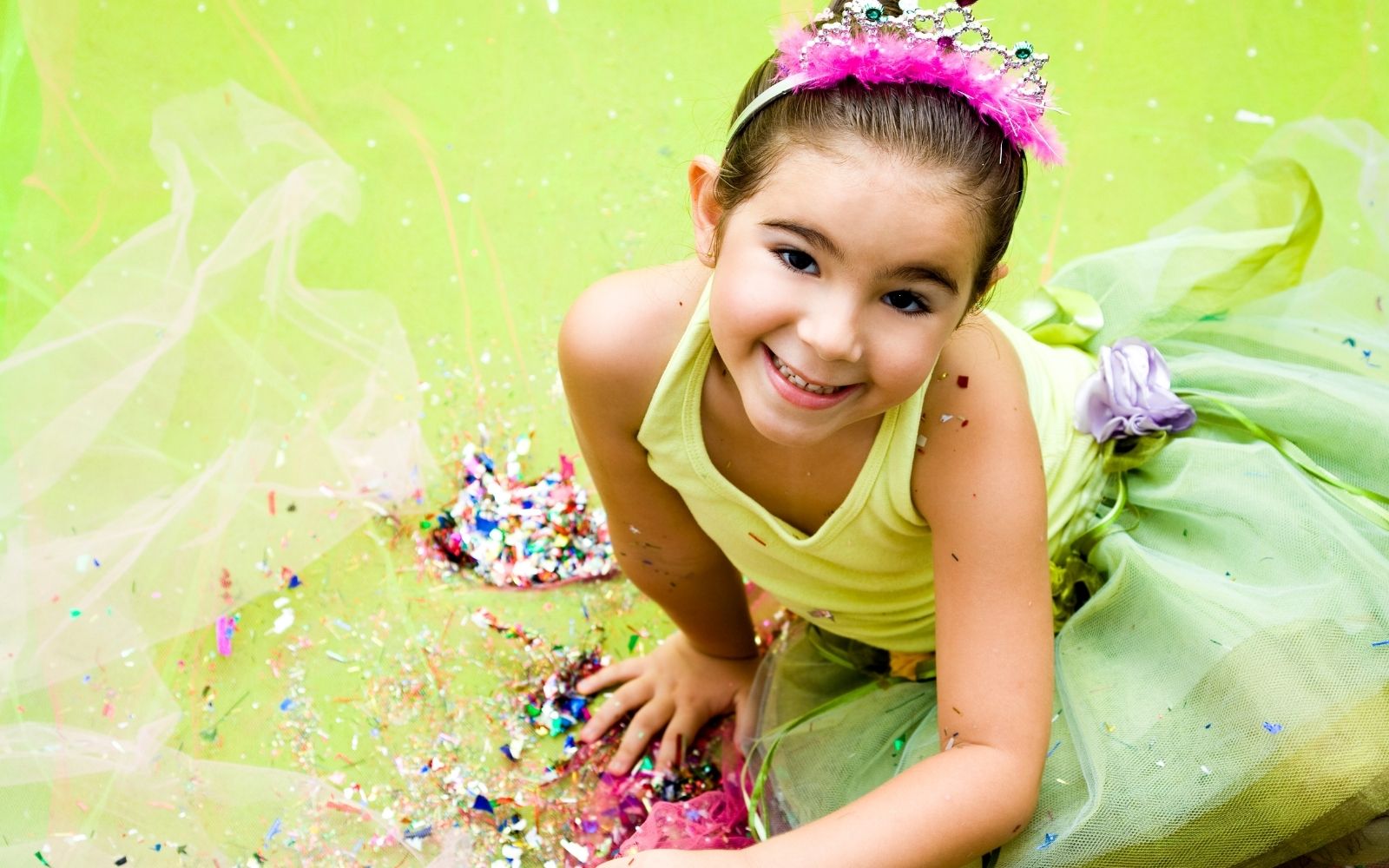 7.00p.m. | MEDIEVAL CASTLE SQUARE
The Monterni Kairi Choir, the “Limassol Serenaders”, the Ariones Choir, the EDON Limassol Serenaders, the Choir of the Cultural Association of EAC Employees and the male vocal ensemble “Ilandron” will be singing at the Medieval Castle square. Route: Irinis Street (in front of the Monterni Kairi Cultural Group) – Medieval Castle Square. 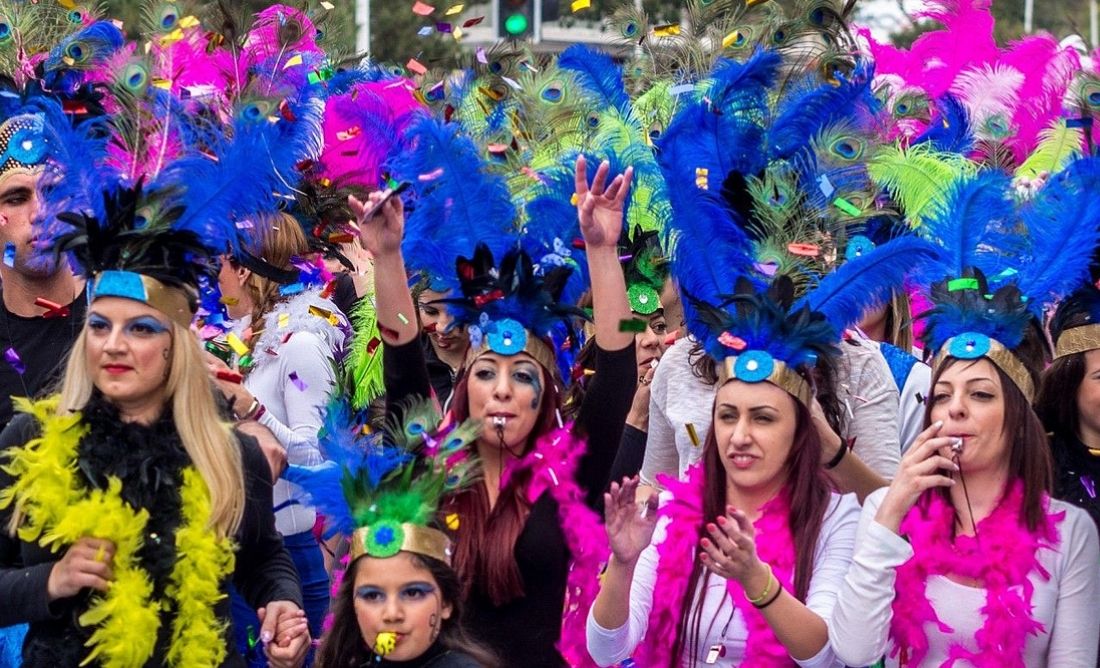 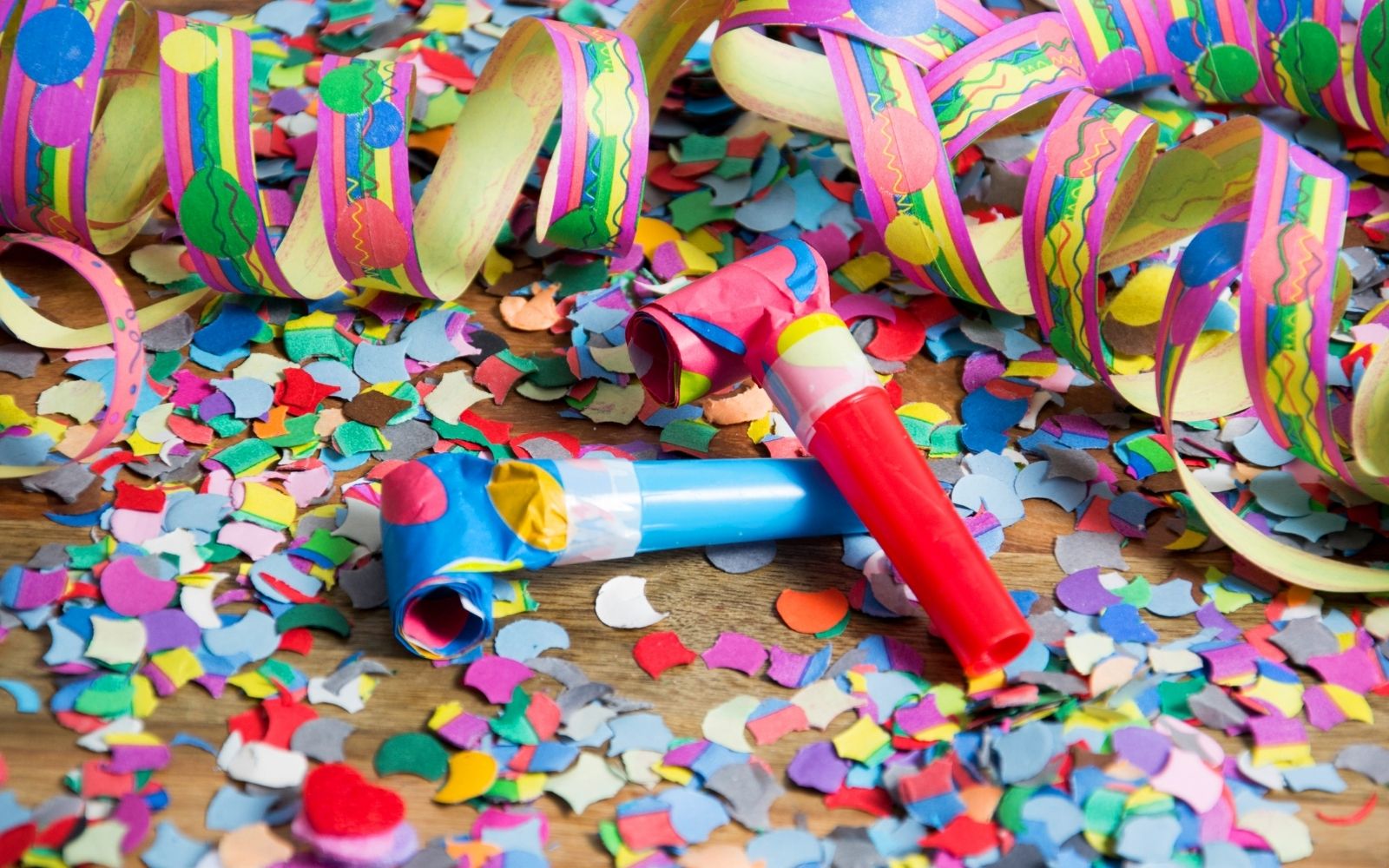 10.30a.m. | HELLENIC BANK
(former Limassol Cooperative Bank, Gladstonos str.) The Municipality’s children’s train will be touring around the city. The first tour will take place at 10.30a.m. Other tours will follow on a first-come first-served basis.

10.30a.m. | HELLENIC BANK
(former Limassol Cooperative Bank, Gladstonos str.) The Municipality’s children’s train will be touring around the city. The first tour will take place at 10.30a.m. Other tours will follow on a first-come first-served basis.

3.00p.m.
The Limassol Cycling Club will cycle in a carnival mood around the city.
Starting and Ending Point: Medieval Castle Square.

6.00p.m. | SERENADERS’ EVENT AT THE LIMASSOL MUNICIPAL UNIVERSITY LIBRARY (AYIOU ANDREOU STR.)
The “Limassol Serenaders” co-organize an event with serenades and carnival songs with the participation of the EDON Limassol Serenaders, the Monterni Kairi Choir, the Ariones Choir and the Limassol Serenaders and the male vocal ensemble “Ilandron”.
Free drinks will be offered.

8.00p.m. | PANOS SOLOMONIDES MUNICIPAL CULTURAL CENTRE
The Limassol Municipality and Studio 8 School of Art & Design invite everyone to attend the event “Revival of old Limassol Carnival floats”. The Limassol Municipality revives two emblematic satirical floats by the late artist and creator Costas Mavrogenis. The Maestro Marinos Mitellas will be honoured. With the participation of the Aris Choir under the direction of Mr. Solon Kladas.
The event will be addressed by Dr. Mimis Sofokleous and the Mayor of Limassol, Mr. Nicos Nicolaides. 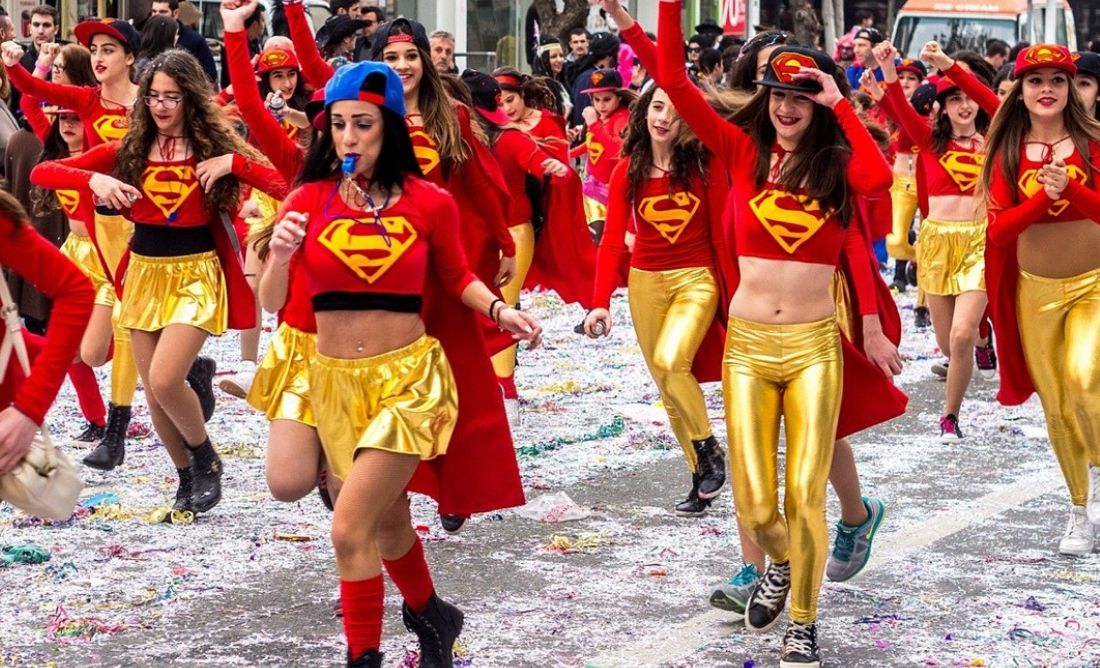 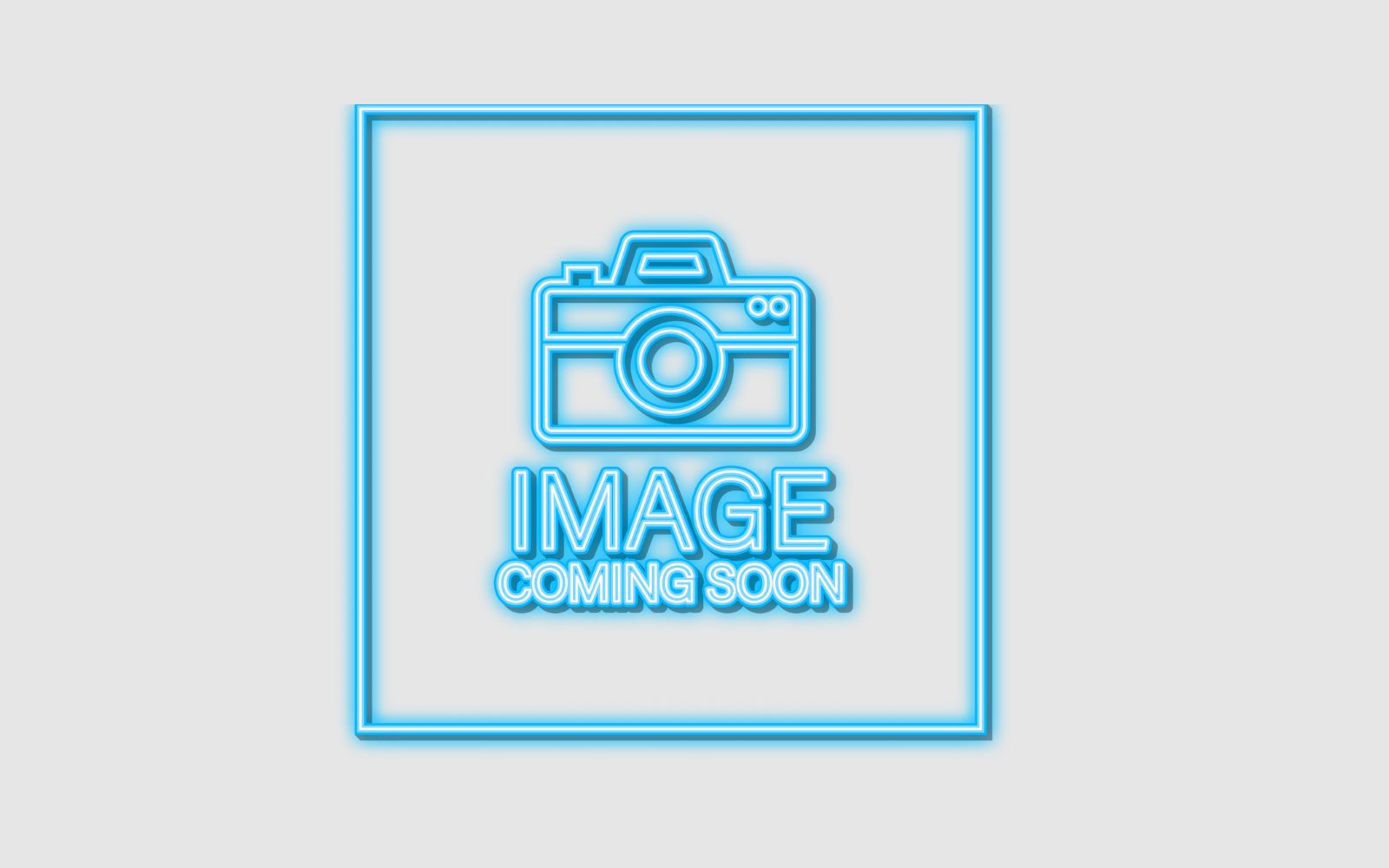 12.30p.m. | OLD PORT SQUARE
The Limassol Municipality and the Cyprus Ports Authority co-organise a carnival party for children with a DJ, face painting and many more.

6.30p.m. | SERENADERS’ EVENT IN FRONT OF THE PERAMA MUSIC STAGE
Songs by the Georgalletos Serenaders. The event is dedicated to the memory of the founder of the group Giorgos Georgalletos. Former Serenaders will be honoured for their contribution to the choir. 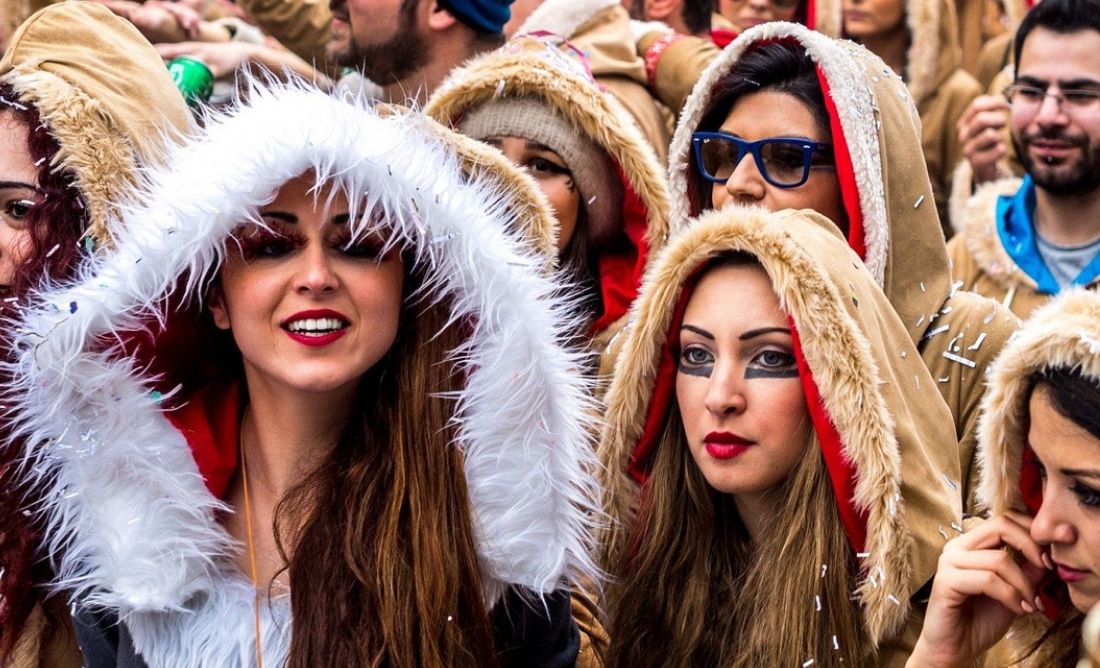 7.00p.m. | PANOS SOLOMONIDES MUNICIPAL CULTURAL CENTRE
The Limassol Municipality and the Cyprus Photographic Society – Limassol Branch, co-organise the photographic exhibition on the theme of “Limassol Carnival 2018”. A different exhibition of carnival costumes dedicated to the late Lula Siousmith will be presented, as well as a cartoon exhibition with the contribution of the Cypriot Cartoonists Association “GEL. A” and the “PIN” Cartoon Workshop. With the participation of the Ariones Choir and the Limassol Majorettes. The radio producer Marios Papadopoulos will remind us of the good old Carnival days and bring back beautiful memories.
The Mayor Mr. Nicos Nicolaides will inaugurate the exhibitions.

7.30p.m.
The Cypriot Serenaders will be singing at Apostolos Andreas (Charaki). 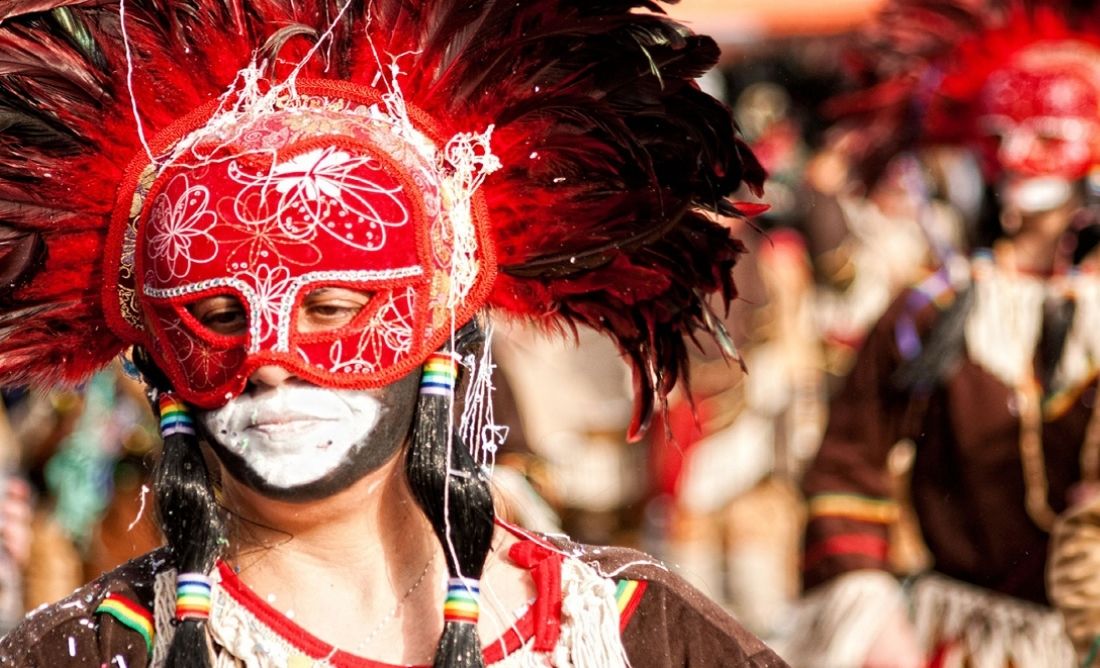 7.30p.m.
The Monterni Kairi Choir will be singing at Zakaki.

7.30p.m.
The Edon Limassol Serenaders will be singing at Ayios Nicolaos.

7.30p.m.
The Monterni Kairi Choir will be singing at Zakaki.

7.30p.m.
The Edon Limassol Serenaders will be singing at Ayios Nicolaos.

8.30p.m. | TUESDAY’S CARNIVAL FIESTA AT THE MEDIEVAL CASTLE SQUARE
People of all ages are invited by the Limassol Municipality to attend the event disguised and participate in a great carnival spree with music from DJ Mad Max.
Free-style Carnival Costume Competition – Awards will be given to the best 3 participants 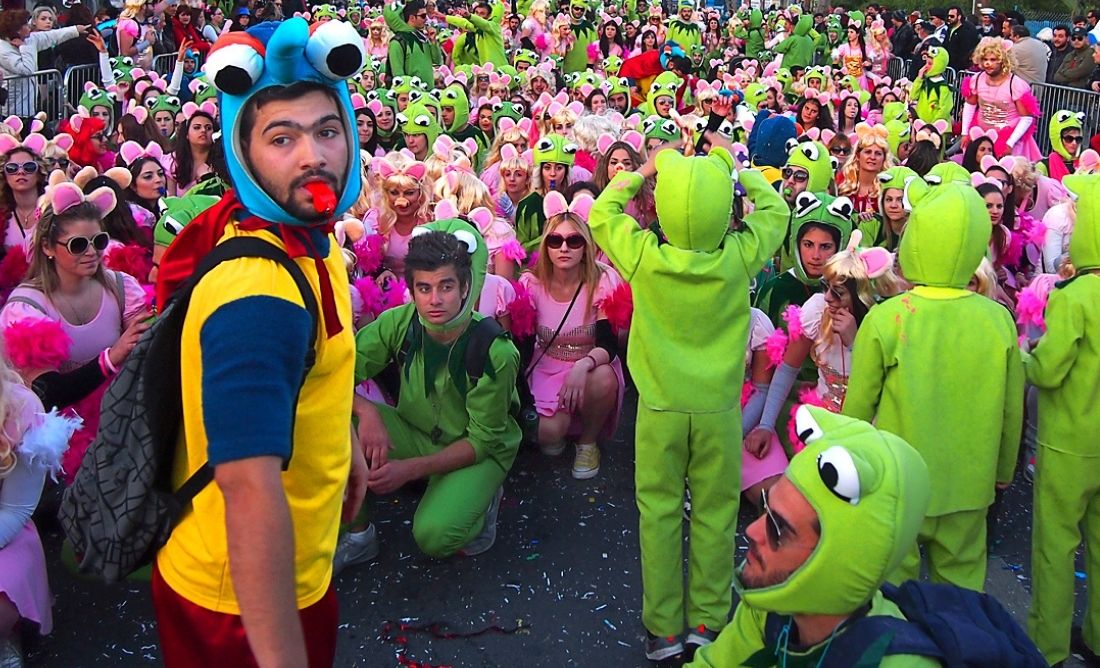 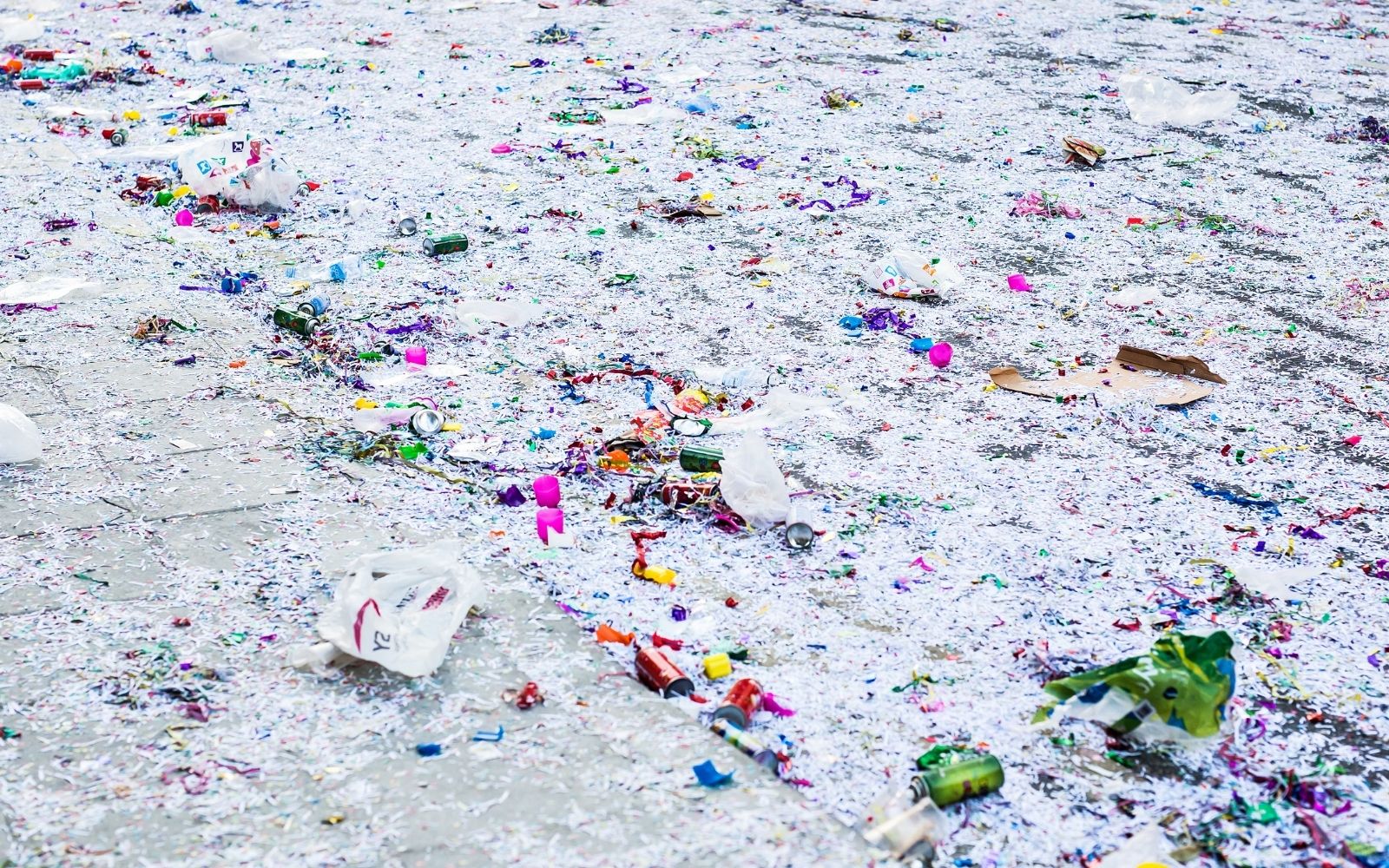 9.00p.m. | ENAERIOS PARKING PLACE
Carnival Fiesta titled “Love is in the air”, with DJ George Bereck.
Free-style Carnival Costume Competition Awards will be given to the best three participants. 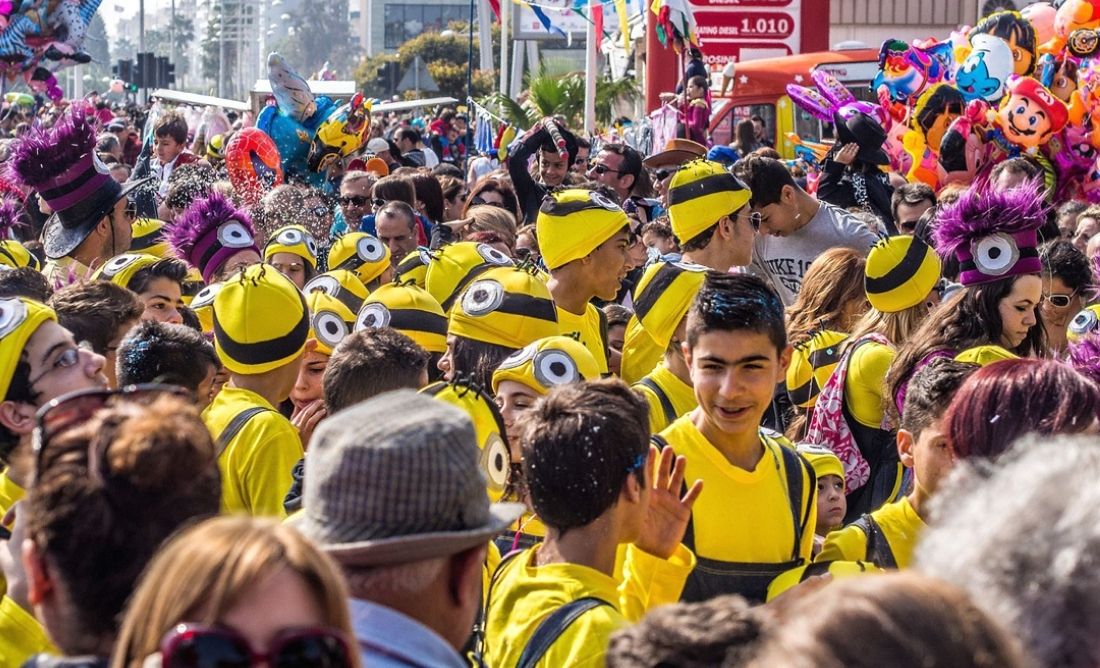 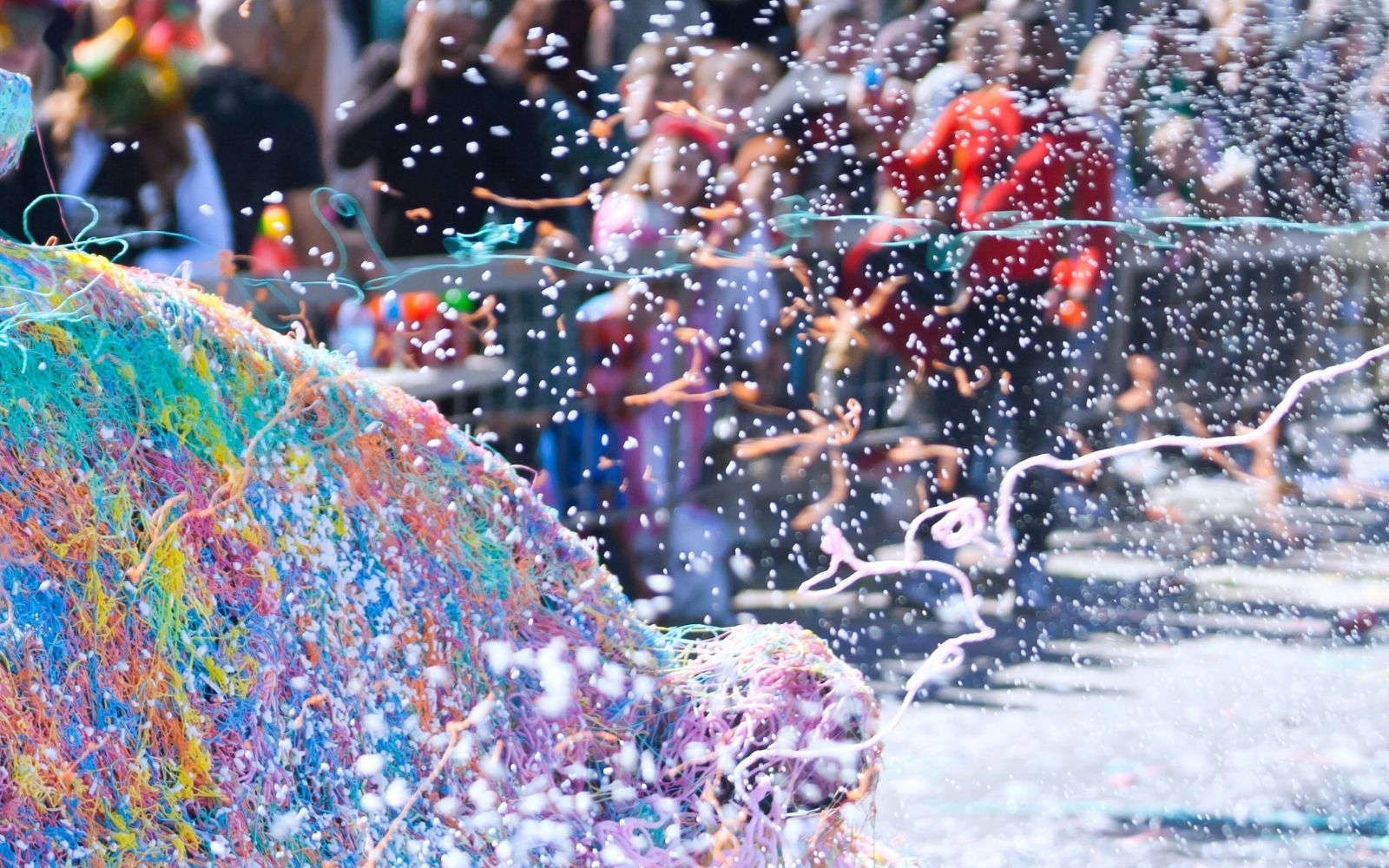 8.30p.m. | CARNIVAL BALL AT THE MEDIEVAL CASTLE SQUARE
The Dreams’ Choir and Elena Solea along with an orchestra consisting of 15 members, under the direction of Constantinos Zorbas invite you to sing and dance to the rhythms of popular carnival songs.

Free-style Carnival Costume Competition – Awards will be given to the best 3 participants. 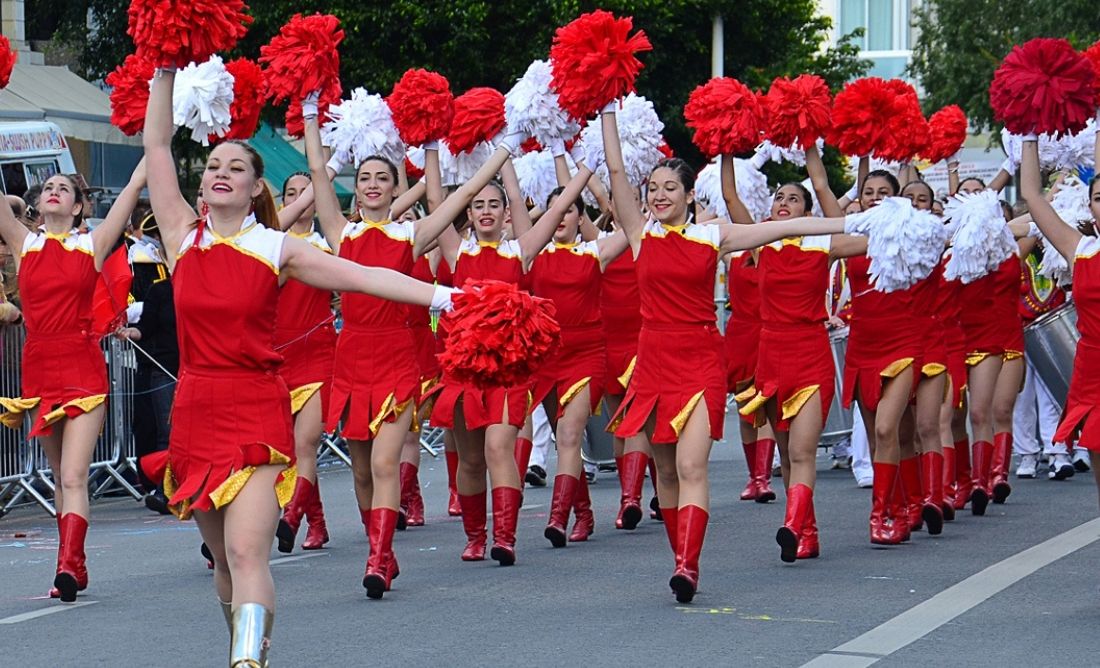 7.30p.m. | CHILDREN’S CHOIRS PATTIHIO MUNICIPAL THEATRE
Evening of serenades and carnival songs by the children’s choirs of Dreams’ Choir, “Melodies kai Chromata”, the Children’s Choir of the Papadakion Municipal School of Music, the Music Workshop, Children’s Choir and Piccolo of Epilogi and the Armonia Choir.
Entrance: €5 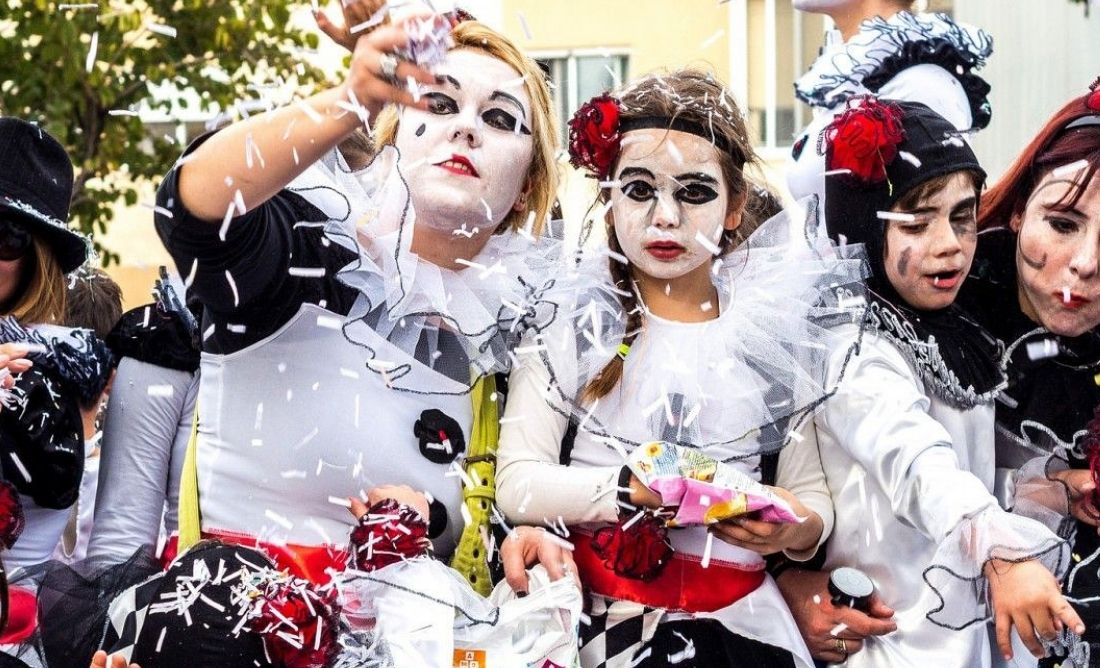 10.30a.m. | HELLENIC BANK
(former Limassol Cooperative Bank, Gladstonos Str.)
The Municipality’s children’s train will be touring around the city. The first tour will take place at 10.30a.m. Other tours will follow on a first-come first-served basis.

10.30a.m. | HELLENIC BANK
(former Limassol Cooperative Bank, Gladstonos Str.)
The Municipality’s children’s train will be touring around the city. The first tour will take place at 10.30a.m. Other tours will follow on a first-come first-served basis.

6.30p.m. | SERENADERS’ PARADE
Groups of Serenaders will gather at 6.00p.m. in front of the Town Hall. At 6.30p.m. they will parade towards the Grigoris Afxentiou Square (in front of the District Office Building).

From 5.00p.m. onwards the Georgia Protopapa’s Vocal Ensemble and “Mousikes Periplanisis” choir will be singing at Grigoris Afxentiou Square.

The Limassol Municipality invites you to sing and dance along with the Serenaders.
Free wine will be offered 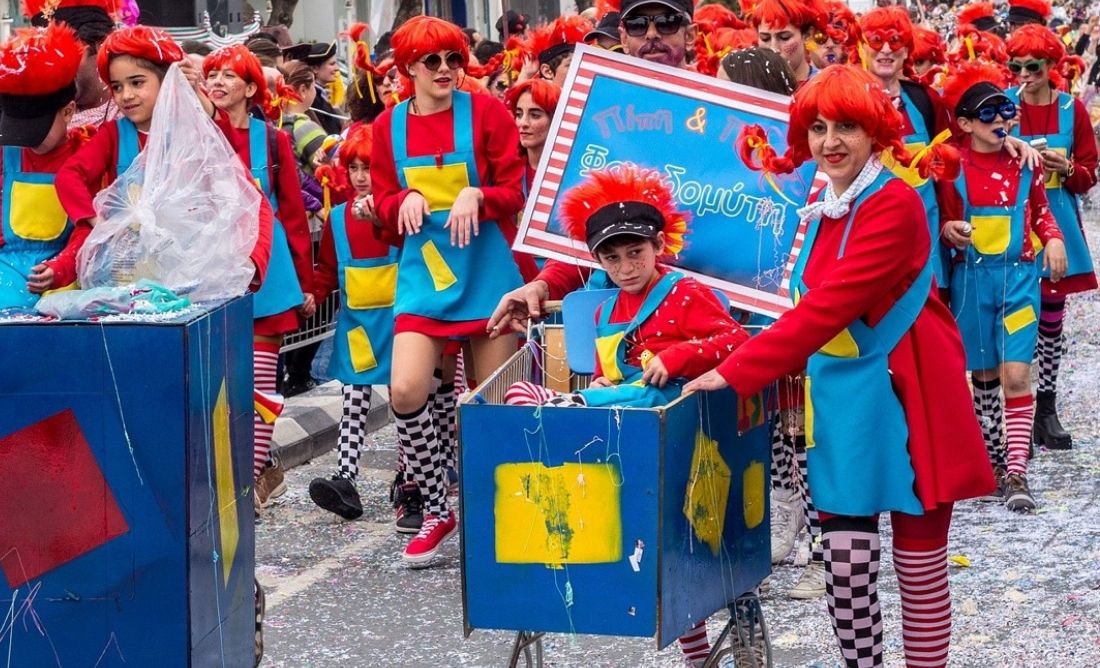 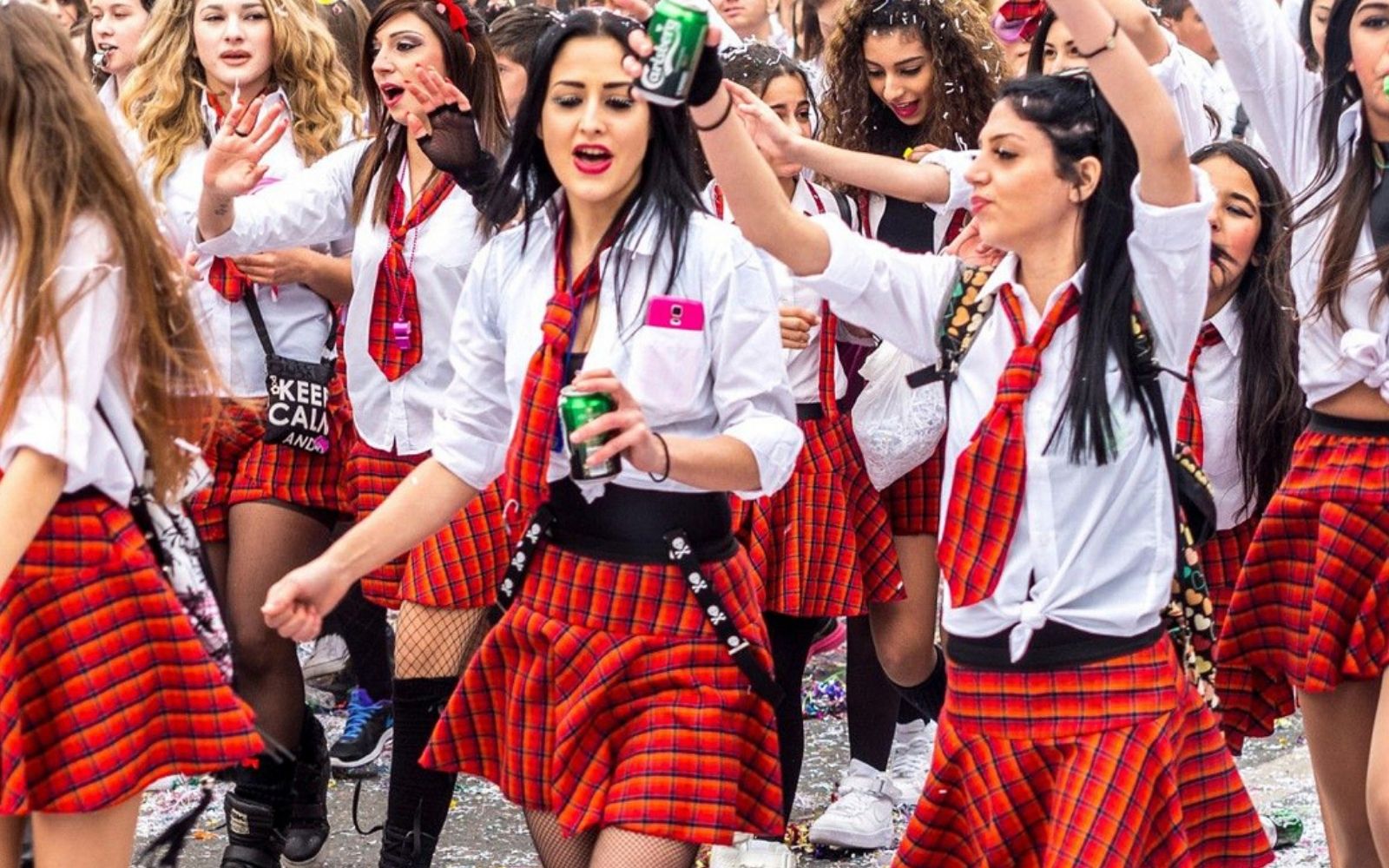 1.15p.m.
The Parade will be led by the Queens of Carnival, accompanied by a sea of floats and pedestrians. During the parade, former carnivalists will be honoured by the Limassol Municipality for their contribution to the Limassol Carnival.

9.00p.m. | FAREWELL CARNIVAL FIESTA – OLD PORT SQUARE
We wave goodbye to the Carnival by throwing a Carnival Party at Old Port Square music by DJ George Asimenos.
Free style Carnival Costume Competition – Awards will be given to the best 3 participants.